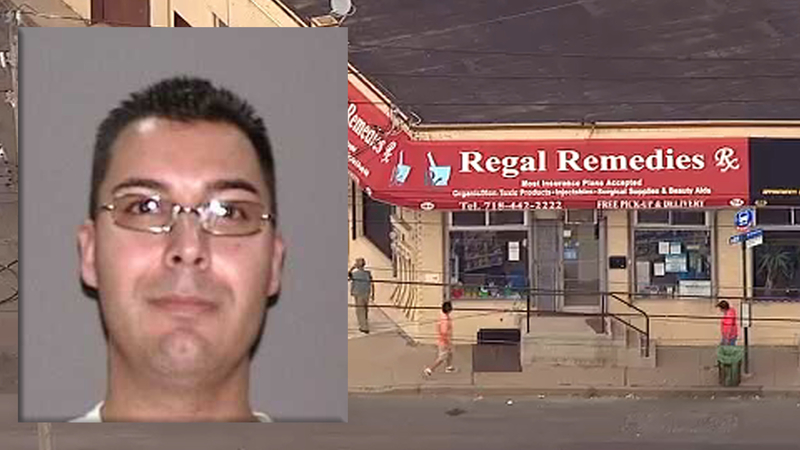 STATEN ISLAND (WABC) -- A man is accused of leading a sprawling oxycodone distribution ring and health care fraud scheme out of his New York City pharmacy -- and he's not even a licensed pharmacist.

Federal officials announced that 41-year-old Michael Paulsen, the owner and operator of a Staten Island pharmacy, was arrested Thursday in a case that highlights the severity of the country's opioid epidemic.

Officials said from March 2016 to September 2019, Paulsen ordered more than 170,000 oxycodone pills from suppliers for Regal Remedies, located at 19 Olympia Boulevard in Arrochar. He allegedly dispensed only one-third of those pills -- around 62,000 -- with a prescription.

The rest of the pills were allegedly distributed to customers who did not have a medical need for oxycodone or his co-conspirators. In exchange, Paulsen received thousands of dollars, officials said.

Officials said pharmacy owner knew those pills would be resold at street level.

He is not a registered pharmacist, and therefore cannot legally distribute controlled substances like oxycodone.

Paulsen is also accused of instructing customers to order products that were not medically necessary, then billed Medicare, Medicaid, and other insurance providers for reimbursements. He provided a portion of those reimbursements to customers.

Neighbors described Paulsen as a seemingly nice guy but authorities said if he's convicted, he would be responsible for feeding the vicious cycle of addiction.

He could face a maximum of 50 years in jail if convicted and will appear in a Manhattan federal court Thursday.