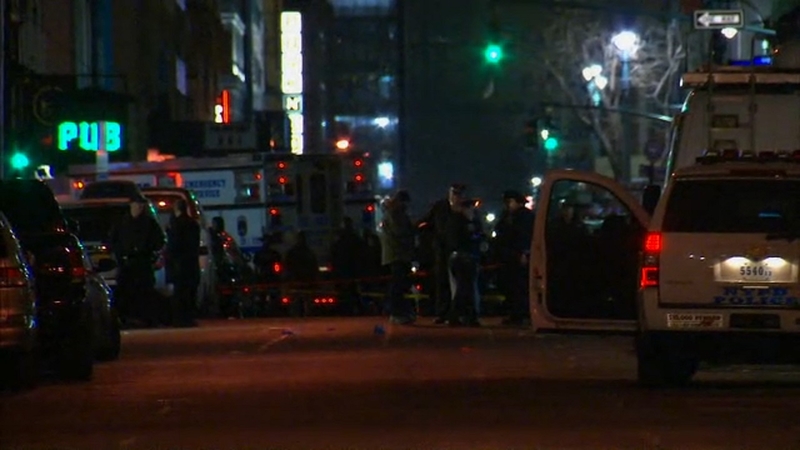 MIDTOWN, Manhattan (WABC) -- A spray of gunfire sent people scattering in every direction in Midtown on Sunday evening.

Investigators say some sort of dispute outside a liquor store quickly escalated into gunfire just before 5 p.m. Two of the three victims are believed to be innocent bystanders, including a tourist from Romania, who was walking out of the liquor store at the time.

The shooter and another suspect fled on foot towards Fifth Avenue, wearing masks or skull caps.

"I cane in right after it happened and the police response was three seconds," witness David Markovich said. "Six ambulances, EMS helicopters."

All three victims were taken to Bellevue Hospital with non-life threatening injuries.