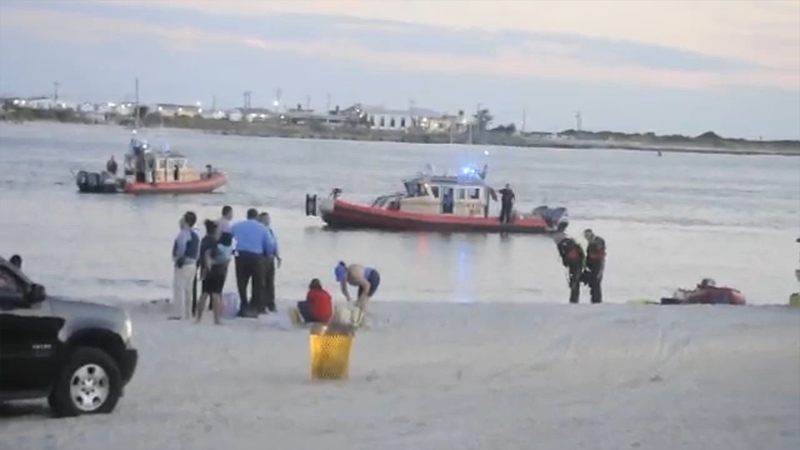 Keith Johnson of the Bronx went missing near Beach 13th Street at the Boardwalk around 7 p.m. Wednesday.

Divers pulled the Johnson's body from the water just after 9 p.m.

As he was pulled from the water, his loved ones clutched one another other, as strangers prayed for him and paramedics rushed him to the hospital in a last ditch effort to save his life.

He was pronounced dead at St. John's Episcopal Hospital.

"That was my friend and we went to the beach together," a woman said.

More than two hours earlier, this woman says she'd been with her friend in the waters off Beach 13, when a beautiful summer evening turned to panic.

"He went in the water and I did not know that he could not swim until he started coming back up and like this," she said.

"He was probably not that far off shore, maybe 50 feet," a firefighter said.

Firefighters from the FDNY and Long Island along with the NYPD all mobilized to save Johnson.

But as day turned to night, his prospects seemed bleaker by the minute.

Junior Gomez saw him go under and dove in to try to help.

"We searched around the rock there but nobody could find him," Gomez said.