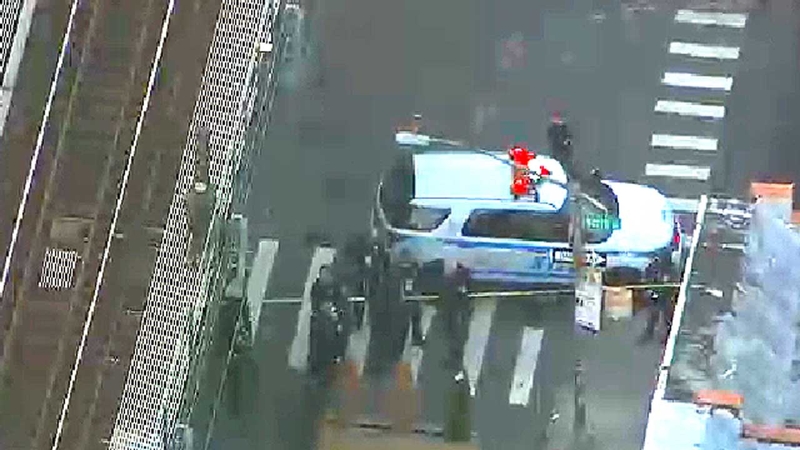 UNIVERSITY HEIGHTS, Bronx (WABC) -- A 19-year-old woman was fatally shot and two men were wounded at a restaurant and allegedly illegal nightclub in the Bronx Monday morning.

The shooting happened inside the Mixtec Lounge on Jerome Avenue in the University Heights section just after 7 a.m.

"I heard people screaming but I didn't have time to stop to see what happened," said witness Socrates Santos, who was in the kitchen at the time of the shooting.

Police say the victims were shot inside the restaurant, also being used as an illegal social club, which has been the subject of ongoing NYPD enforcement efforts.

Witnesses said there were 20 to 30 people inside at the time, with a DJ playing.

"There's always a crowd of people until late at night, always a bunch of people here," neighbor Yolanda Ross said. "I was getting up at 7 a.m. this morning, me and my daughter were getting ready and heard all the helicopters and came out I saw all the police activity and everything."

The woman was rushed in critical condition to St. Barnabas Hospital, where she was pronounced deceased.

The 19-year-old woman who was killed was the survivor of a quadruple shooting in the Bronx in June.

Two men, ages 28 and 30, were taken to the hospital with injuries described as non-life threatening.

NJ Burkett has the details from University Heights.

Video from NewsCopter 7 showed multiple police and rescue units on the scene, and crime scene tape marked the location.

Eyewitness News is told the suspected gunman, who was wearing a yellow jacket, fled in a gray Acura MDX.

Authorities said a person believed to have been involved in the shooting was taken into custody at the airport Tuesday morning, apparently en route to Dominican Republic.