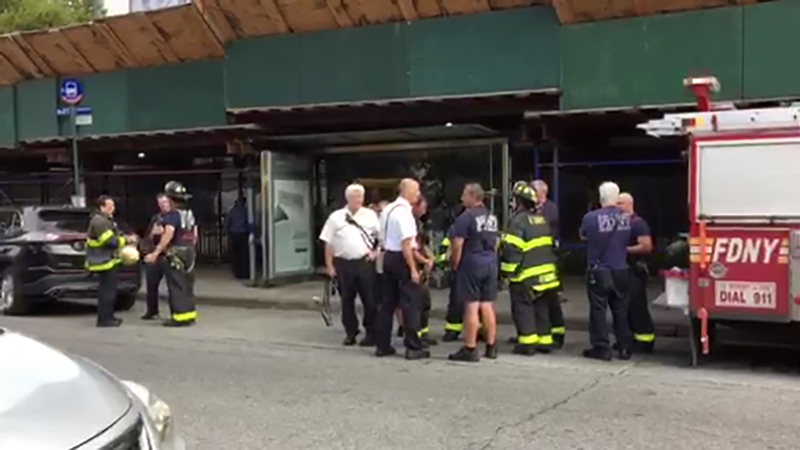 MORRISANIA, Bronx (WABC) -- Two students were injured during a science experiment at their school in the Bronx Friday.

Authorities say the students were burned in the chemistry lab just after 1:30 p.m. at the Bronx International High School in the Morrisania section.

According to officials, vapors from a bottle of uncorked alcohol flashed over, sending the students to the hospital with third-degree burns.

The 17-year-old and 15-year-old victims, both girls, suffered burns to their faces, arms and hands.

They were creating what is called a carbon sugar snake, when flames are applied to sugar and baking soda soaked in some type of flammable liquid. The reaction causes a solid material that resembles a snake to rise out of the mixture.

Fire officials say the problem occurred when the fumes from solvent that was used -- alcohol -- ignited.

"The alcohol that was in the bottle, somehow the vapors, I think they left the cap off, the vapors escaped from the bottle and it migrated across the table," a FDNY official said. "And when it did, it made contact with the fire that was already burning, and it flashed across and got the two students."

The girls are said to be in stable condition with non-life threatening injuries.

"FDNY and EMS immediately responded to this serious incident, and students are in stable condition being treated for non-life threatening injuries. The safety of our students is our top priority, and FDNY is conducting a thorough investigation. The lab will be out of use until it is completed."