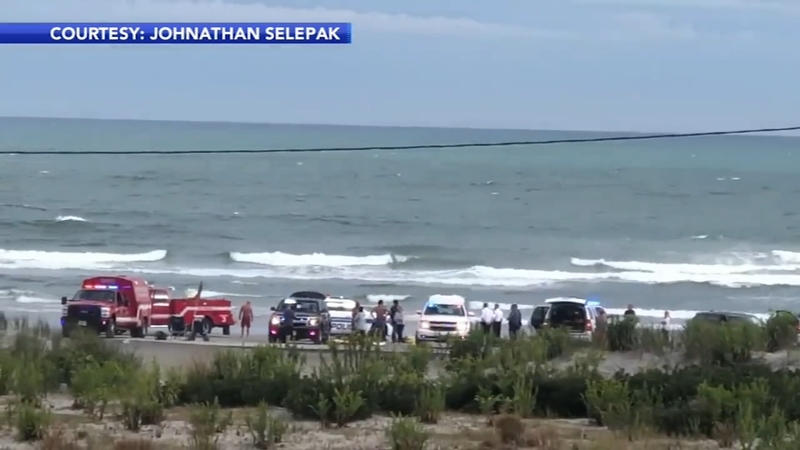 Pa. mother drowns trying to save children from water in N. Wildwood

Fire, police and rescue units were deployed to the 18th Street Beach at 3 p.m. Tuesday after a 911 call reporting four swimmers in distress.

According to the North Wildwood Fire Department, the swimmers were a family of four from Wernersville on vacation.

Officials said crews were able to rescue two boys, ages 8 and 10, and a 19-year-old woman.

Emergency responders found the fourth victim, a 49-year-old woman, face down about 150 yards off the shoreline.

The fire department said the woman was the mother of the three children and was attempting to rescue them from the water.

Emergency responders started life-saving measures on the woman and she was taken to Cape Regional Medical Center.

The 49-year-old victim was later pronounced dead at the hospital.

The victim's name is being withheld at this time, officials said.

Naveen Dhaliwal has the latests on a mother of three who was killed when a bullet went through her apartment window and struck her in the neck.