Hundreds of mothers, families join together to demand end to gun violence 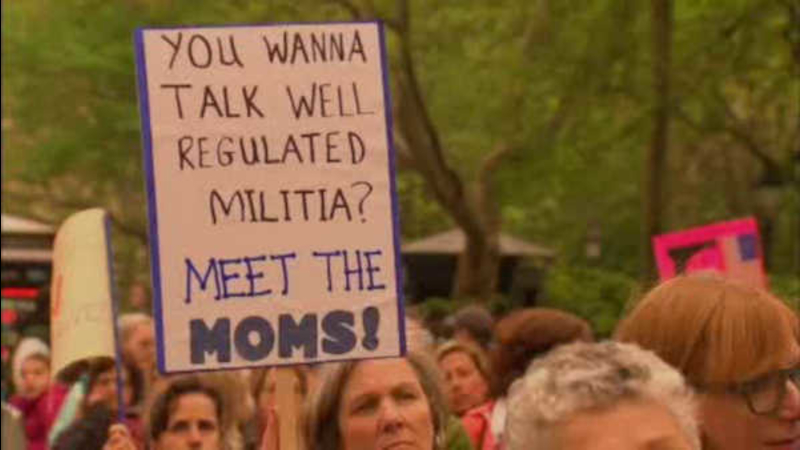 Hundreds of mothers, families join together to demand end to gun violence

LOWER MANHATTAN (WABC) -- One step at a time, marching toward a common goal, hundreds of mothers and families joined together on the eve of Mother's Day to demand an end to gun violence.

Led by a group called' Moms Demand Action', from the Brooklyn Bridge to City Hall Park, their calls for change and more sensible gun laws echoed, while their personal stories of loss resonated.

"My mother's sister, her aunt was killed by gun violence - we didn't have any resources," said James Dobbins.

For the parents of news reporter Alison Parker, gunned down on live TV last August, speaking out is how they are continuing their daughter's legacy.

"Rather than crawl into bed in a fetal position, I felt like we had to fight," said Andrew Parker.

"She would have been pissed if we didn't - we raised our children to believe if there's something you believe strongly in then you do something about it," added Barbara Parker.

Others believe gun violence is one of the biggest issues facing our country, and they want to see more changes in Washington.