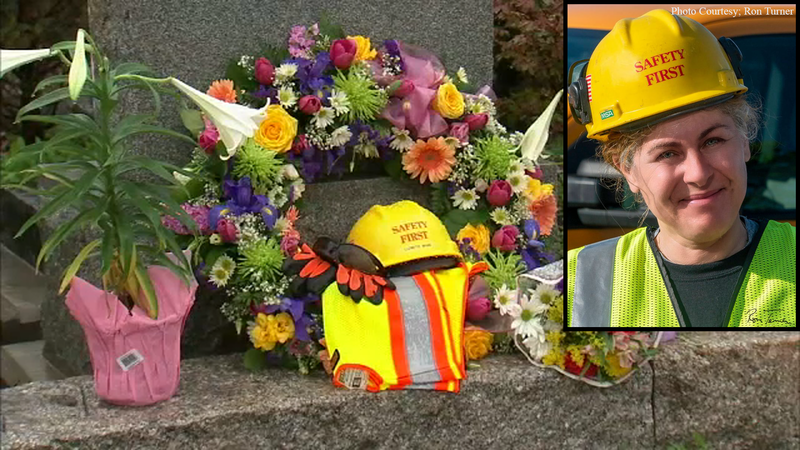 CITY ISLAND, Bronx (WABC) -- Investigators are still trying to figure out why a local handyman allegedly shot and killed a friendly construction worker nicknamed "the mayor of City Island."

But on Wednesday, after the two had a brief discussion, police say Reyes left, returned with a stolen .44 caliber Smith and Wesson, and shot Mass six times.

"As we can discern at this time, she is a friendly person," NYPD Chief of Detectives James Essig said. "We don't know what triggered him in that, but there was no relationship to those two..."He comes by on his bike frequently. She always has a friendly smile for him, talks to him."

Eli Manning and the New York Giants teamed with Make-A-Wish New Jersey to posthumously honor the wish of a 2-year-old girl who recently died of brain cancer.

The victim's 58-year-old boyfriend, who was visiting her at lunchtime, got into his own vehicle and struck Reyes with his car. He then exited his vehicle, ran after the suspect, beat him up, and held him until police arrived.

The suspect was actually arrested by an alert IRS agent who happened to be nearby at the time of the shooting.

The boyfriend is not being charged at this time, but the investigation is active and ongoing.

Detectives said Thursday that the gun was owned by a retired NYPD officer and that Reyes stole it while doing work at his house.

When the owner saw the shooting story on the news, he checked on his gun and realized it was missing.

The NYPD will now investigate that, and the department also confiscated two other personal weapons from him as a routine part of the investigation.

Area residents said Mass had been at the construction site for a couple of weeks and was known to be animated while holding a sign telling people to slow down.

The man told Eyewitness News that a colleague was nearby when the shooting happened.

Reyes is being treated for minor injuries at the hospital, with charges pending.