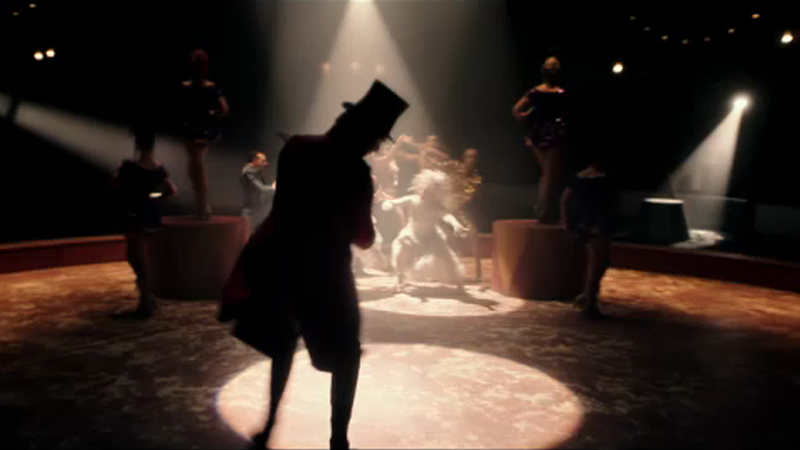 NEW YORK (WABC) -- In the midst of so many serious movies all competing for Oscar attention comes a picture that merely asks you to sit back and enjoy it. "The Greatest Showman" takes place here in the city during the 1800s, but it's not a history lesson.

"Showtime!" is what Hugh Jackman yells as P.T. Barnum, the ringleader of his own life. Jackman may not be the world's greatest showman, but he is surely one of the best song and dance men in the world. And in this feel-good musical, the star finds a great outlet for his many talents.

Long before he ever conceived of The Ringling Brothers Barnum & Bailey Circus, the impresario got his start buying a museum in Lower Manhattan and filling it with curiosities of all kinds: some real, some not. His motto, as Jackman states, was, "Nobody ever made a difference by being like everyone else."

His next step was to recruit all manner of unusual people, such as The Bearded Lady, to attract customers.

"I'm putting together a show," Barnum tells The World's Shortest Man. "And I need a star."

These real 19th Century figures, called "freaks" back in that time, are used to promote tolerance in the 21st Century. An African American trapeze artist tells Barnum, "People aren't gonna like it if you put us on stage."

The showman's reply? "Oh I'm counting on it!"

Michelle Williams plays Barnum's wife and Zac Efron is his partner, a rich guy who he needs to bankroll the circus. In the process, Efron's character becomes entranced with a trapeze artist played by Zendaya.

They're all part of a story that bears very little resemblance to the specifics of what actually happened, but playing fast and loose with the historical record would surely have pleased the real guy, who helped invent what we know as hype.

A reporter looking to expose Barnum asks him, "Does it bother you that everything you are selling is fake?"

The showman responds by gesturing at the show crowd and asking, "Do these smiles seem fake?"