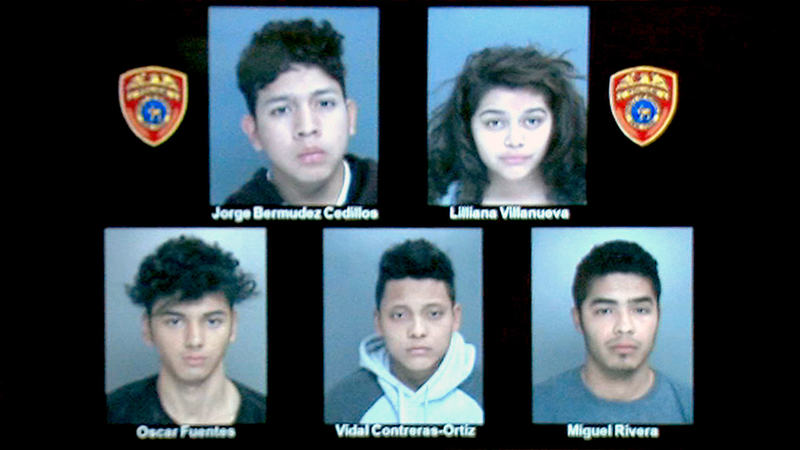 Prosecutors said 18-year-old Oscar Fuentes, 17-year-old Lilliana Villanueva, 18-year-old Vidal Contreras-Ortiz and 18-year-old Jorge Bermudez-Cedillos, all Brentwood High School students, and 20-year-old Miguel Rivera were going to kill the 16-year-old student to advance their standings in the MS-13 street gang. They're all being charged with attempted kidnapping and conspiracy.

Police said the five were witnessed by undercover detectives in early December assaulting the victim and trying to put him in a van near the high school. Prosecutors revealed Wednesday that inside the van, police discovered a knife, bat, tarp and duct tape.

Villanueva's attorney said her client knew nothing of the alleged plot and is not an MS-13 gang member.

Fuentes' attorney said his client is friends with the suspects from playing soccer.

"There was no intent to enter into an agreement to hurt or to kill anyone," attorney Pete Mayer said.

All the defendants are being held on various levels of bail, with the highest at $1 million. They're due back in court next month.