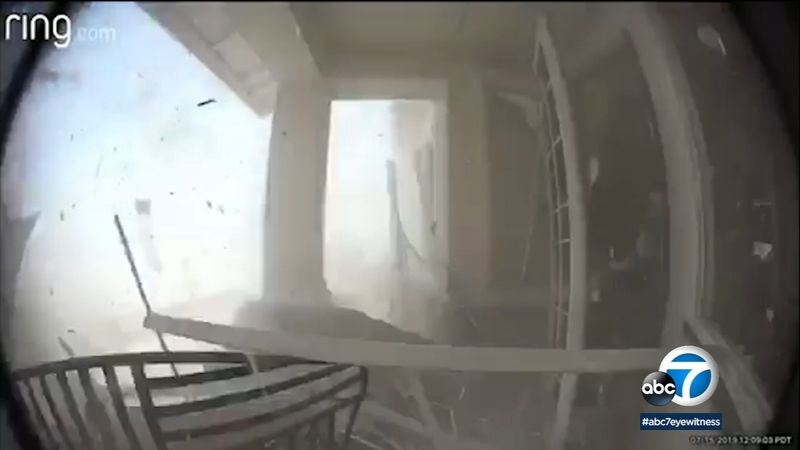 MURRIETA, Calif. -- New video shows the deadly explosion of a home in Murrieta as it happened.

Monday's enormous blast was captured on a neighbor's Ring camera.

A gas company worker was killed and 15 people were injured when an explosion and fire leveled a home in Murrieta, officials say.

Authorities were first called to the home in the 23500 block of Wooden Horse Trail just before 11 a.m. on a report of a gas line rupture. Firefighters responded and Southern California Gas Company was on the scene by 11:23 a.m., fire officials said. The explosion was reported at 12:10 p.m.

A crew from SoCalGas was trying to shut off the gas when the explosion happened, leveling the home and killing 31-year-old SoCalGas employee Wade Kilpatrick.

Fifteen others were injured in the blast.

Neighbors said the home was recently sold, and the new owners were doing some renovations.
EMBED More News Videos

A Murrieta woman is sharing her harrowing experience of when she narrowly escaped her home during an explosion that killed a gas company worker.