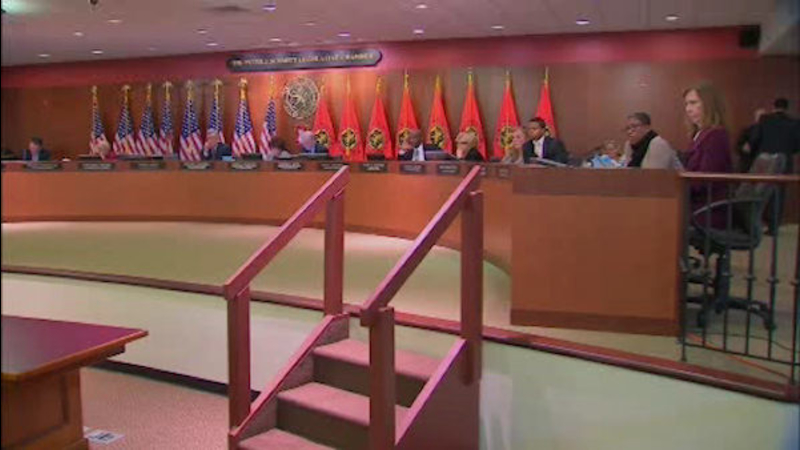 MINEOLA, N.Y. (WABC) -- They haven't had a pay raise since 1996, and now the part time legislators in Long Island's Nassau County are looking to nearly double their current salary.

But in a county that might have to cut services to meet budget, you can imagine the reaction.

Nassau County has some of the highest real estate taxes in America, but some of the lowest paid local legislators in the metropolitan area.

"This is not being unreasonable on the part of Nassau County legislators, primarily because it took 20 years to get to this point," said Norma Gonsalves, (R) Nassau Legislator.

Legislators' salaries have been fixed for 20 years, but a bill has been introduced this session that would raise salaries from $39,500 to $75,000.

There would also be annual raises of 4% or the local consumer price index, whichever is lower.

The increase would take effect in January of 2018.

The bill was approved late Monday afternoon by the rules committee.

You can't get lawmakers to agree on much these days, but this bill has bipartisan support. It is sponsored by outgoing legislator, Francis Becker.

"I think everybody feels that you should be compensated fairly for the work that you do," Becker said.

Legislators admit it's not a full time job, but if they really believe the public is on their side, they should ask their constituents.

"Can't do it, even if they're entitled to it," a resident said.

"If they make it full-time then it is a legitimate salary, but part time it's too much," another resident said.

"I don't think that kind of increase is something we should be doing," yet another resident said.

The bill is guaranteed to pass because it is co-sponsored by all 19 lawmakers.

The final vote is expected on December 21st, just in time for the holidays.