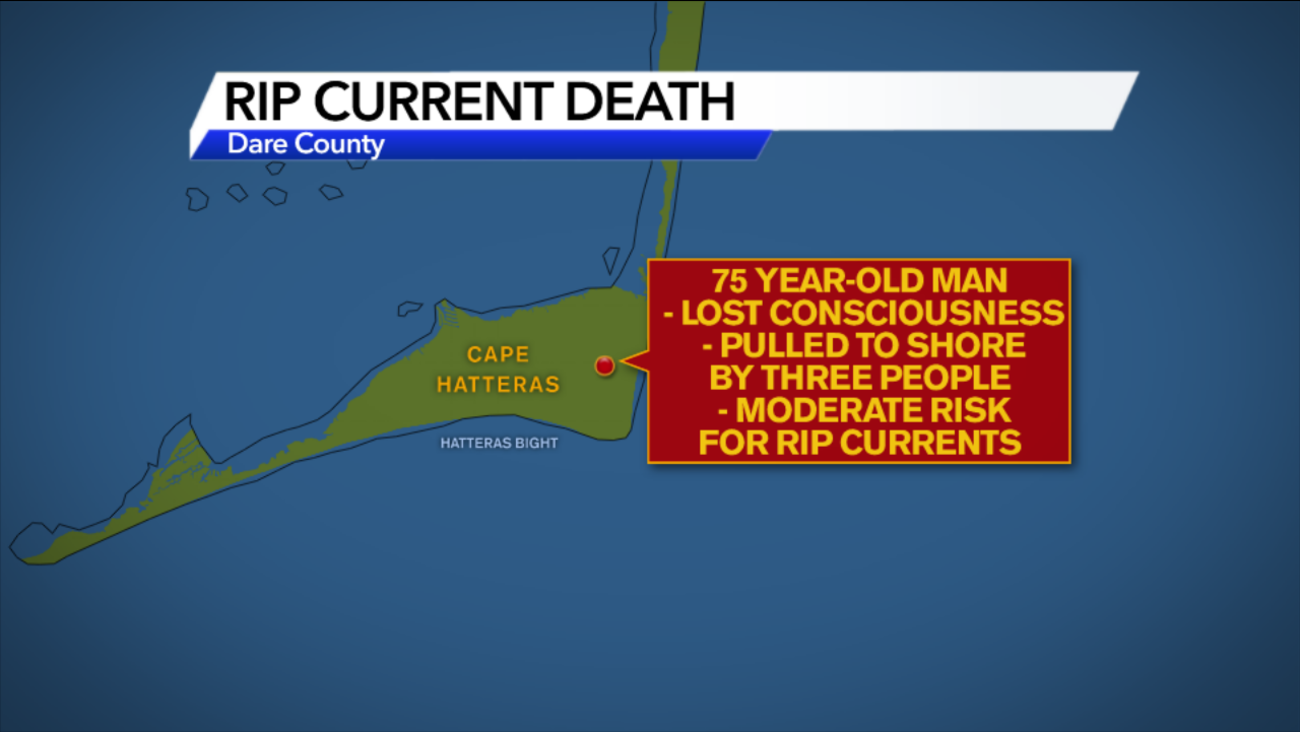 HATTERAS, North Carolina -- A 75-year-old man from Downsville, New York is dead after likely getting caught in a rip current in the Atlantic Ocean near Hatteras.

National Park Service (NPS) said they received a 911 call just before 3 p.m. in relation to a man who drowned; officials did not identify the man.

A person swimming with the man told NPS officials the man became unconscious while attempting to escape a rip current. Officials said the man did not have a floatation device.

Two bystanders and the person who accompanied the man pulled the man from the ocean.

Officials said the cause of death is unknown until a medical examination is performed.

According to the NPS, this is the third water-related fatality off of Cape Hatteras National Seashore this year.