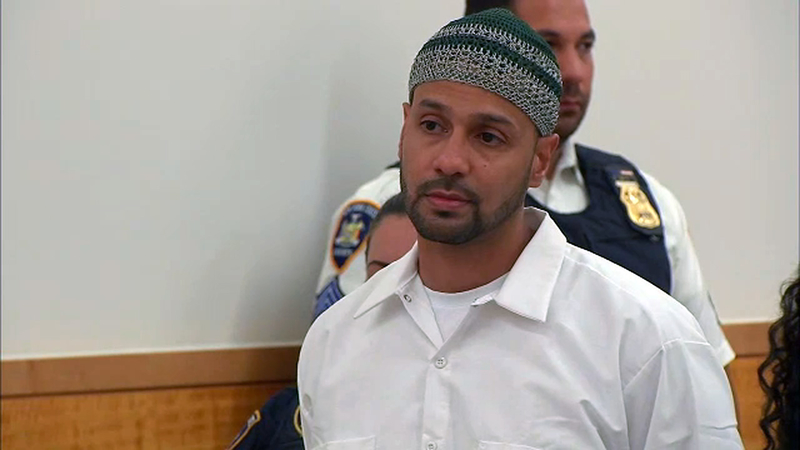 BROOKLYN, New York City (WABC) -- A judge on Thursday denied a motion to vacate the conviction of a man who claims he was wrongfully imprisoned for a 1998 murder, despite a connection to a former detective who is alleged to have framed several innocent men in the '80s and '90s.

Lawyers for Nelson Cruz say the Brooklyn homicide was investigated by Louis Scarcella, who they allege coerced a single witness to identify Cruz as the gunman even though two other NYPD officers witnessed the murder and arrested another man, never linking Cruz to the crime until Scarcella showed up at precinct.

The Brooklyn District Attorney's Office was opposed to the motion to vacate, after supporting eight in relation to Scarcella cases in the past. Officials dismissed the attorneys' arguments, saying there was no new evidence being presented.

A judge rejected Cruz's first motion to throw out his conviction.

The now 38-year-old Cruz had just turned 17 when he was convicted in the shooting death of Trevor Vieira in East New York. He has claimed in court filings that Scarcella and his partner, Stephen Chmil, pressured a witness to falsely identify him as the gunman, despite police officers at the scene saying he was not there.

Scarcella, who retired in 1999 after 26 years as a police officer, has steadfastly stood by his work and has maintained he never fabricated a confession in his life.

But since then, the Brooklyn DA's office has asked judges eight times to reverse guilty verdicts that Scarcella helped to obtain. Several other people imprisoned for crimes Scarcella investigated have been released by judges after hearings.

Cruz's attorneys say their client was just 16 years old when he willingly went to the 75th Precinct to answer questions about a street murder.

"I've been in prison since I was a kid, since day one, since I went from the precinct to Rikers Island," said Cruz, who has spent more than half of his life behind bars.

He says his life changed Scarcella walked into the room.

"He tried to get a confession out of me at the precinct," Cruz said. "And when I refused to sign it, he became frustrated, crumpled up the paper and slapped me in the face with it. He told me, 'Listen, you just sign the paper, and you'll go home.' I told him, 'I'm not signing any paper.'"

Cruz has presented nine witnesses who have sworn under oath that he did not commit the crime.

The judge did, however, agree to rehear the case in December.