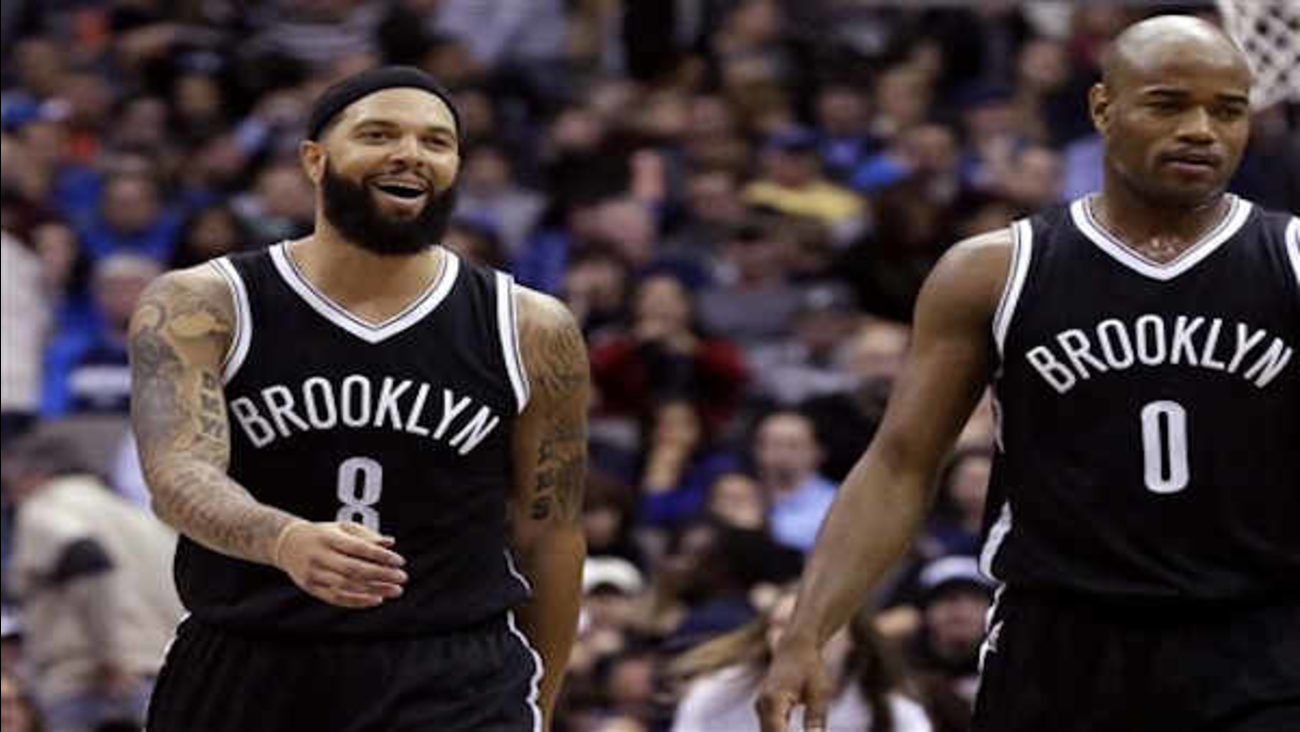 DALLAS -- Deron Williams felt right at home while helping the Brooklyn Nets close out a string of 22 days on the road on a winning note.

Williams scored 25 points and grabbed six rebounds, and Thaddeus Young had 16 points and eight rebounds off the bench as the Nets topped the Dallas Mavericks 104-94 on Saturday night.

"The last one on a road trip when you've been gone for a month is sometimes the hardest because you're just so ready to get home," said Williams, who played his high school ball at The Colony High near Dallas. "So, I'm really proud of how we fought and got the win."

The victory completed a 3-5 run in road games for the Nets that started before the All-Star-break. It also moved them into eighth place in the Eastern Conference. They haven't played at Barclays Center since Feb. 6 and came to Dallas having lost Friday night in Houston 102-98.

"We had a chance to win every game and felt like (Friday) night, that was our game," Brooklyn coach Lionel Hollins said. "To close out the road trip with a win here in Dallas is just going up in class in terms of the opponent."

Dirk Nowitzki scored 20 points and Devin Harris had 14 for the Mavericks, who dropped percentage points behind the Los Angeles Clippers into sixth place in the Western Conference.

Dallas, which entered ranked fourth in the NBA averaging 105.5 points, was limited to double-digit points for the fourth consecutive game for the first time this season.

"We've had guys miss games all year and had people step up," Dallas coach Rick Carlisle said. "Tonight, we just . everybody from top to bottom just struggled."

Williams shot 9 for 14 overall and shot 4 of 6 on 3-pointers after coming in hitting only one of his last 22 attempts behind the arc.

"Just happened to go in," Williams explained. "What this game is is confidence. At times, mine dipped. But not tonight. It was good."

The Nets trailed 51-47 at halftime despite shooting 54.3 percent, having allowed 17 points off 11 turnovers. They scored the first seven points of the third period to take the lead for good and outscored the Mavericks 35-21 in the period.

Nets: Brooklyn improved to 4-10 on the second half of back-to-backs, and snapped a six-game skid in those situations. ... Bojan Bogdanovic returned to the lineup after sitting out one game with sprained left ankle, playing 11 minutes.

Mavericks: Amare Stoudemire saw his most minutes in three outings for Dallas, playing 19:30 and scoring nine points - all in the first half. ... With two 3-pointers, Nowitzki tied Tim Hardaway Sr. for 20th place on the career list with 1,542.

Carlisle was a first-year New Jersey Nets assistant in 1989-90 when Anthony Mason, who died early Saturday at age 48, was a rookie on the team.

"He had an unconventional game," Carlisle said. "For a guy that wasn't super tall, he had the strength and he had unusual ballhandling skills. The fact that a lot of people are talking about him speaks to his competitiveness as a player."