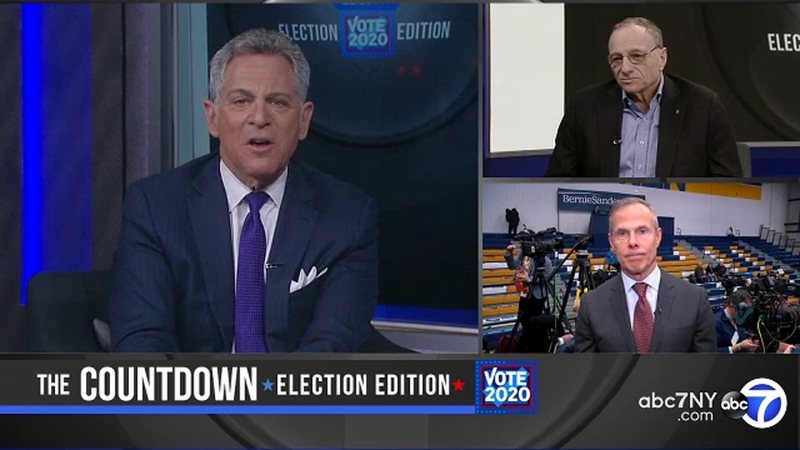 NEW YORK (WABC) -- The first presidential primary in the Granite State could represent a seismic shift among democratic voters nationwide.

On this edition of "The Countdown," Bill Ritter and the experts discuss the New Hampshire primary and where all the candidates stand after Iowa.

Since the chaotic Iowa caucuses failed to perform their traditional function of winnowing the race, it now falls to New Hampshire to begin culling the Democratic field, which still features almost a dozen candidates.

There are big developments as the polls begin to close: Sen. Bernie Sanders is up, former Vice President Joe Biden is down and former NYC Mayor Mike Bloomberg is also up.

More than a year after Democrats began announcing their presidential candidacies, the party is struggling to coalesce behind a message or a messenger in their desperate quest to defeat President Donald Trump. That's raising the stakes of the New Hampshire primary as voters weigh whether candidates are too liberal, too moderate or too inexperienced - vulnerabilities that could play to Trump's advantage in the fall.