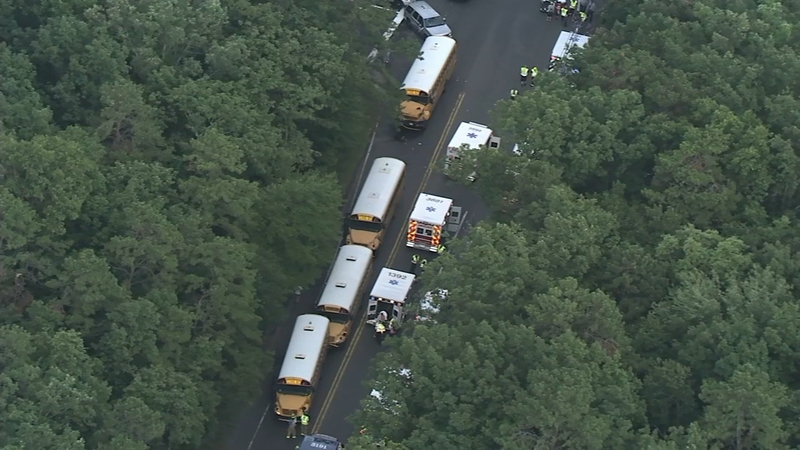 Of those, some 17 people had to be taken to the hospital.

Aerial footage showed four buses stopped in a row, while another was parked on the other side of the street. Several of the buses were visibly damaged.

Each of the buses contained students being transported home after the day camp concluded.

A statement released by Medford police said first responders identified 23 children and 1 staff member with injuries that were all determined to be minor in nature. Each of the injured was transported to Virtua Voorhees and Virtua Mount Holly Hospitals for treatment of their injuries.

67 campers and 10 staff members were taken off the buses and were then transported back to the JCC Camp on additional buses to be reunified with their families.

Katz JCC/JCC Camps at Medford said they were communicating directly with the families of campers and issued a statement thanking the first responders for their prompt response.

An investigation into the cause of this crash continues.