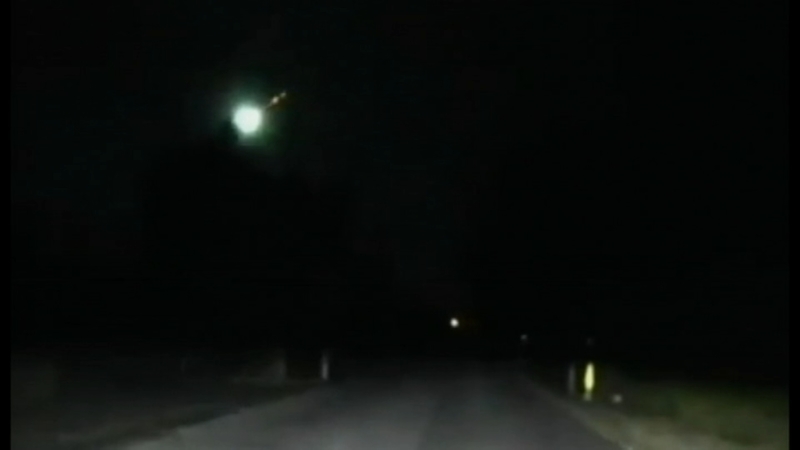 HAMILTON TWP., N.J. -- A New Jersey police officer on patrol during an overnight shift caught a spectacular sight on his dashcam video.

The Hamilton Township (Atlantic County) police department shared video on Thursday that was captured by the vehicle of Sgt. Michael Virga.

The department says Virga was on patrol when a fireball lit up the sky at 3:09 a.m. on Saturday, December 2.

The video shows the fireball streak across the sky before there is a flash behind some trees.

There was no word on if the fireball was actually a meteor, a piece of falling space debris, or something else.

The American Meteor Society posted on its website that they have received more than 120 reports of the fireball. They note that it was primarily seen in Pennsylvania, but along with New Jersey it was also spotted in New York, Maryland, Virginia, Ohio, Delaware, Connecticut, Rhode Island, West Virginia, New Hampshire, Massachusetts and Washington, DC.