WILDWOOD, New Jersey -- The attorney for the 20-year-old Philadelphia woman who was arrested on a Wildwood beach is speaking out.

Police say they released body camera footage showing the confrontation with the woman in an effort to ensure transparency.

"What they did to her was just an overreaction," Dicht said.

Dicht, attorney for 20-year-old Emily Weinman, of Kensington, spoke to sister station WPVI in Philadelphia by phone Thursday. He explained his client has had head, neck and back pain and has suffered from depression since this incident on the beach last Saturday.

Cell phone video on social media captured an officer striking her in the head with a closed fist during the course of the arrest. On Wednesday, police released body cam footage.

"They asked her to give a Breathalyzer; she did it not once, but twice," Dicht said. "She was very cooperative, but for whatever reason, the police didn't stop there."

The body cam clip begins with Weinman taking a breathalyzer after police spotted her with unopened bottles of alcohol.

She told officers the bottles belonged to her aunt. As Weinman made a phone call, the officer turned off the body cam, and the alcohol gets poured out.

In another clip, the exchange seems to escalate when Weinman refused to provide her name to officers.

An officer can be heard saying, "You're about to get dropped."

Chief Robert Regalbuto, by phone, said Weinman was confrontational, lunging at the officer and striking him in the chest.

"It looks to me like he's trying to deliver a pressure point strike," Regalbuto said. "Again, until I interview the officer, I won't have that answer if that's what he was trying to do. But when you're doing it and someone is actively resisting arrest, you don't always hit your intended target."

Weinman faces several charges, including two counts of aggravated assault on a police officer, disorderly conduct and resisting arrest. Her attorney says they will fight these charges.

"They didn't find that she had done anything wrong," Dicht said. "So there really wasn't any reason for them to have her name. If they were going to cite her, they should have said, 'We're issuing you a citation for whatever.' This is why they need your name. But they never said that."

Wildwood Mayor Ernie Troiano said that one good thing that will come from this incident is that the city will have a better police department because of it.

The officers involved in the incident were assigned to administrative duty while the investigation continues. 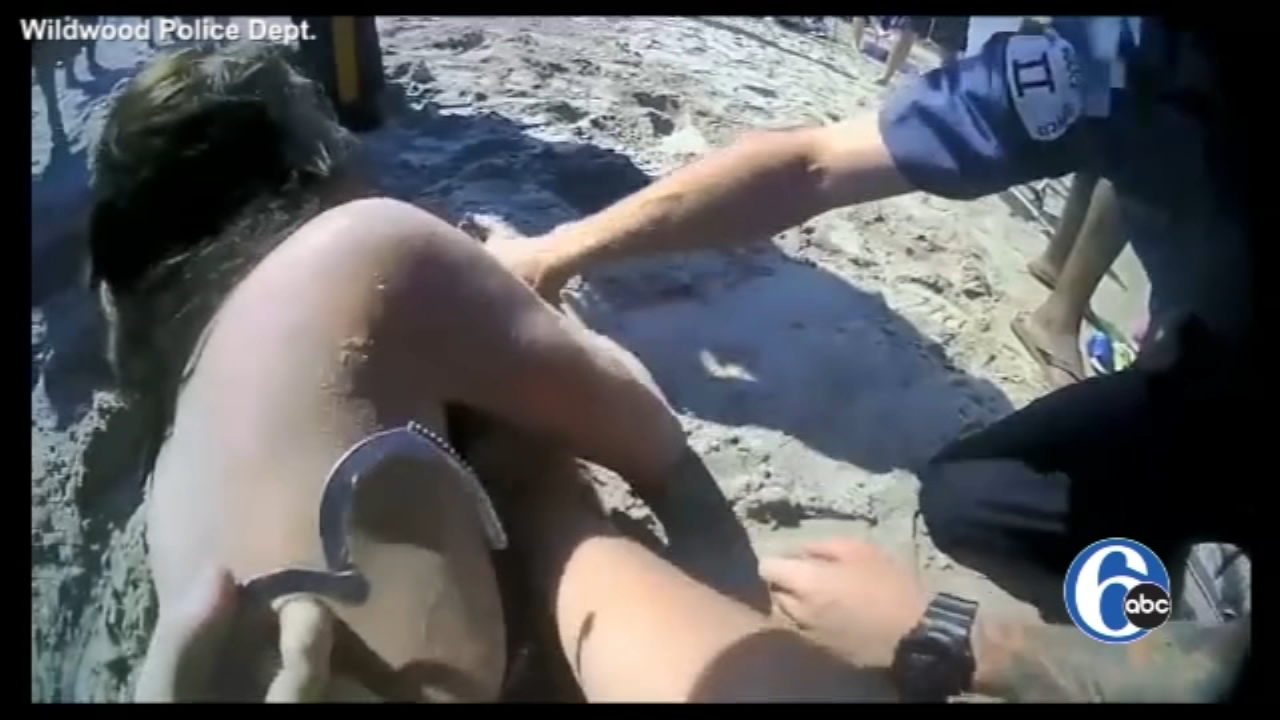