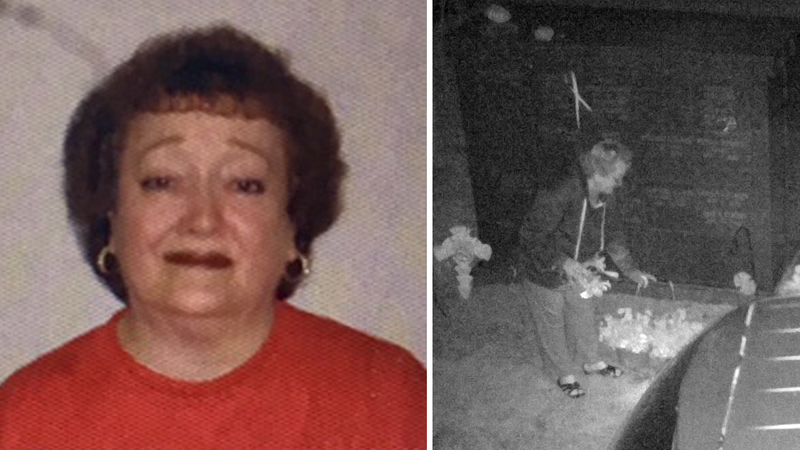 PEQUANNOCK TOWNSHIP, New Jersey (WABC) -- A New Jersey flower shop owner is under arrest, accused of stealing flowers, plants and other items for months at a cemetery.

Pequannock police say they received multiple reports over the past several months of flowers, plants and other items being stolen from graves at the First Reformed Church Cemetery in Pompton Plains.

After a slew of calls over Easter weekend, authorities came up with plan.

"At that point, our detectives went over and had some flowers that had been stolen, we replaced them and installed some surveillance cameras at a location where the flowers had been removed previously," Pequannock police Captain Christopher DePuyt said. "So two days later, we got a call from the property manager of the cemetery, who said, in fact, those flowers had been taken. We went and pulled the video...and sure enough, we had a suspect in a silver minivan."

Investigators were able to observe a woman approach the location in the vehicle, exit the van and remove the plants.

This series of surveillance photos released by police shows the woman approach and take the plants:

In discussing the case with members of the Riverdale Police Department, their officers were able to positively identify the suspect from the video footage as a former police dispatcher and current flower shop owner from their town.

As a result of the evidence and positive identification, 59-year-old Lynda Wingate, of Riverdale, -- who owns LynCrafts & Floral Designs -- was arrested and charged with theft of moveable property.

"In the grand scheme of things, it isn't the crime of the century, but it is definitely a crime that shocks the conscience," DePuyt said. "Especially when it occurs in a cemetery."