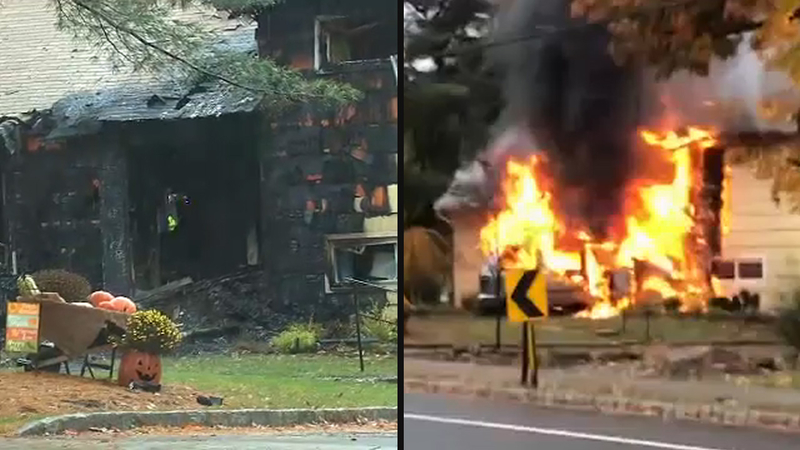 WEST CALDWELL, New Jersey (WABC) -- A minivan crashed into a home in New Jersey and burst into flames Tuesday, causing extensive damage to the house.

It happened on Passaic Avenue in West Caldwell, and the homeowners -- who have lived there just two years -- say it is the fourth time a car has jumped the curb and ended up in their front yard.

None of the other incidents were as severe as this one, though, and the couple fears they may have to rebuild from the ground up.

The van took out a pole and several trees before careening into the home and erupting in flames.

No one was home at the time of the crash, which happened about 10 minutes after the father had dropped his 9-year-old daughter off at school.

The driver, who was also on the way to school, was able to escape the vehicle. But sadly, the family lost two cats they've had for 14 years.

The victims are now staying with family, as officials determine if the now boarded-up home can be saved.