Authorities say the 32-year-old victim was walking down the stairwell to the 1 train at 86th Street and Broadway just after midnight when a man pushed her up against the wall and groped her.

She managed to fight him off and call the police, but he had already fled.

Early Wednesday, the Guardian Angels put up flyers warning people about what happened at the station.

Police were at the station on patrol overnight, which some riders said made them more confortable.

"Just feel like cops should be in certain stations, not every station," a straphanger named Felix said. "But at the end of the day, it's New York."

The individual is described as an adult male with short black hair, approximately 5-foot-10 with a medium build. He was last seen wearing a blue baseball hat, a white shirt, a gray jacket and grey sneakers.

There is a $2,500 reward for information leading to an arrest. 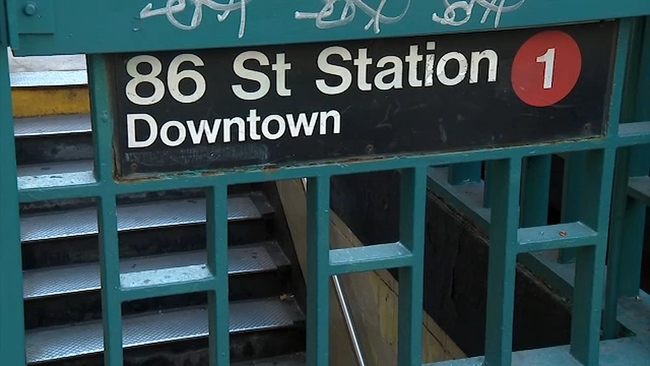