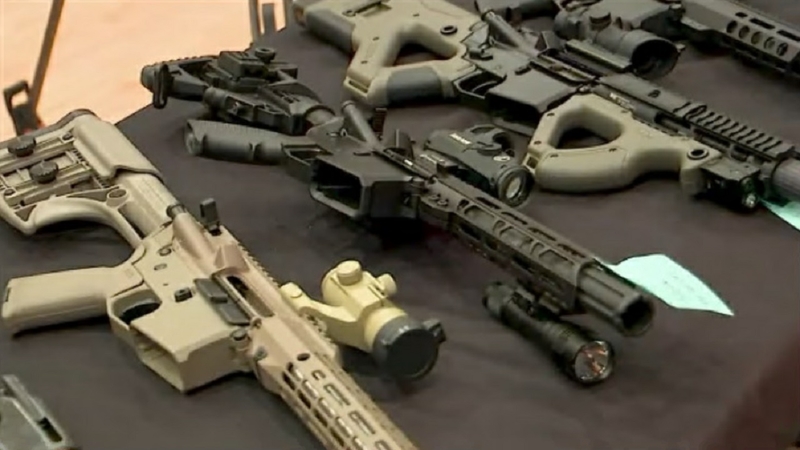 QUEENS (WABC) -- They're often made of plastic, partially put together at home, and not traceable. They're called ghost guns. Police arrested three different men in the greater New York City area in three different cases for possessing them this week.

This past week, a Bronx man was arrested after police found he had illegal ghost guns in his possession.

On Thursday, a 62-year-old dentist in Massapequa was arrested after police found multiple ghost guns in the basement below his dentist's office.

And now an East Rockaway man is facing multiple charges after police said he made threats and had an arsenal of handmade untraceable weapons.

According to police, 34-year-old Thomas Saxton pointed a gun at his wife and their young daughter in the parking lot of Cohen's Medical Center in Queens Thursday, reportedly saying he'd kill them.

When police arrived they found the father in the car with two loaded ghost guns. When officers searched his home in East Rockaway they found an arsenal inside that included five additional ghost guns, other firearms, bulletproof vests, and more than 1,000 rounds of ammunition.

It's a growing concern for police and prosecutors.

7 On Your Side Investigates found police in the New York City area recovered 17 ghost guns in 2018. That number jumped to 225 last year. And those are just the ones police know about and confiscated.

"That's why it's so important to recognize the fact that these ghost guns how dangerous they are," said Nassau County Police Commissioner Patrick Ryder. "The fact that we cannot go backwards and trace where they came from," he said.

A new law in New York will go into effect this year making buying or having ghost guns illegal. But federal agents worry it still won't be enough to prevent people from getting them online or from other people and states.