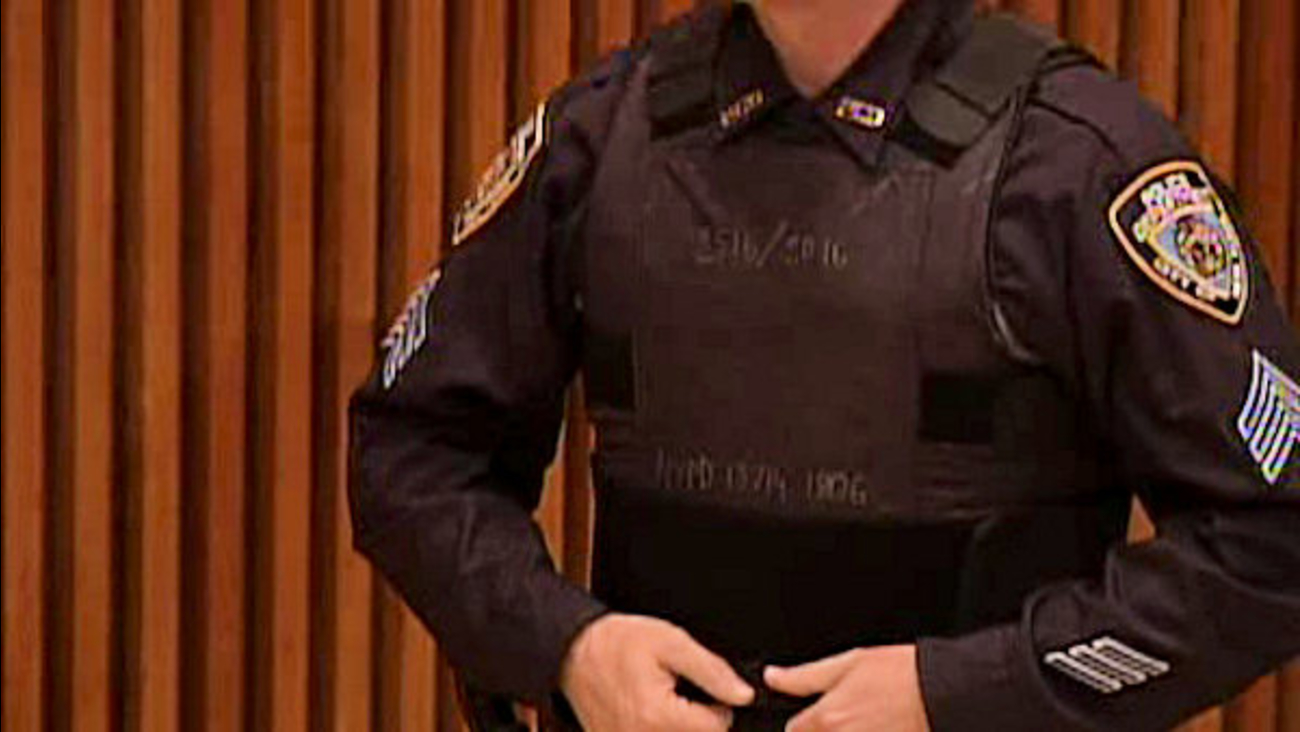 NEW YORK (WABC) -- The officers who serve in the NYPD are about to receive some new protection in the fight against crime.

The need for more vests has been a big complaint with some officers.

The City Council proposed the funding weeks after detectives Wenjian Liu and Rafael Ramos were assassinated on the job.

De Blasio says that since 1978, vests have saved the lives of 87 NYPD officers.

"The hardworking men and women who make up the NYPD put their lives on the line each day to protect our city's residents, and we owe these officers every possible protection as they patrol our city's streets," he said. "This administration is fully committed to ensuring the safety of our city's officers, and that means making sure all our bulletproof vests are in working order."

The NYPD will undertake a complete review of the optimal length of serviceability of vets to establish an appropriate regular replacement schedule for all vests going forward. The announcement renews the 2006 City Council's efforts to ensure new bulletproof vests were acquired for the force.

PBA president Pat Lynch released a statement after the event.

"Today's announcement is the culmination of years of working with the City Council and the Mayor's office to ensure that our members have the best protection bullet resistant vests available as they do the dangerous work of protecting the city," he said. "We've been fighting for a replacement and upgrade system since the Council approved funding for the level 3A vests with the side panels in 2006. We are grateful that the Mayor and Speaker heard our urgent call to purchase the vests immediately rather than to delay their purchase until FY 16 which is months away. We hope this represents the first of many actions that demonstrate City Halls true support for New York City police officers."
Related topics:
politicsnew york citybill de blasionypd
Copyright © 2022 WABC-TV. All Rights Reserved.
TOP STORIES
Rudy Giuliani slapped inside Staten Island supermarket
NYC Pride March held with renewed urgency after Roe V Wade overturned
Broadway actors express concern over 'mask optional'
8-year-old among injured in 4 separate shootings in Brooklyn
Grandmother killed, child among 4 injured after hit by car in Brooklyn
AccuWeather Alert: Showers and Thunderstorms
5-alarm fire in NJ rips through 2 homes leaving families displaced
Show More
22 people were found dead in a South African tavern: police
Solar patio umbrellas sold at Costco recalled after multiple fires
Biden: G-7 to ban Russian gold in response to Ukraine war
Ghislaine Maxwell on suicide watch but isn't suicidal, lawyer says
Cop who sought GOP bid allegedly punches state senate candidate: video
More TOP STORIES News