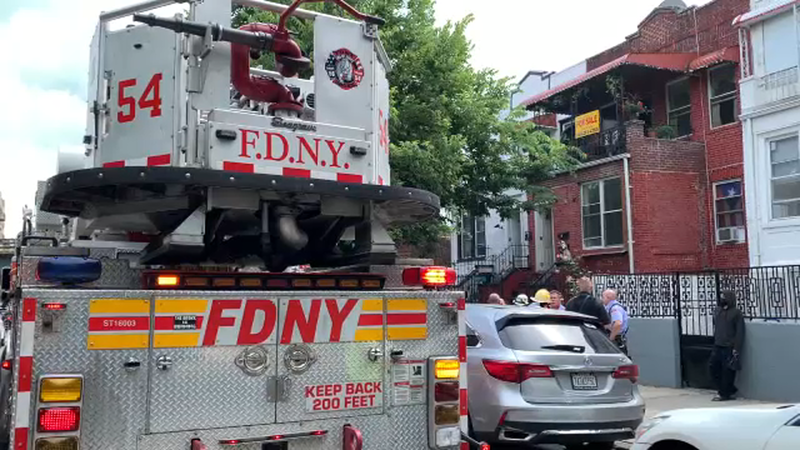 SOUNDVIEW, The Bronx (WABC) -- Fire may have been used to cover up the murder of a man in the Bronx.

Firefighters pulled a 71-year-old man out of a burning apartment Saturday on Manor Avenue in Soundview.

First responders rushed him to the hospital unconscious, where doctors tried to revive him. They found three stab wounds in the victim's neck.

The victim was later identified as Curist Austin.

The fire appears to have started on a mattress. Firefighters contained the flames to one room.

Police are calling the death a homicide.

So far, there are no suspects.