Gov. Cuomo, Cynthia Nixon could face off in debate on WABC-TV 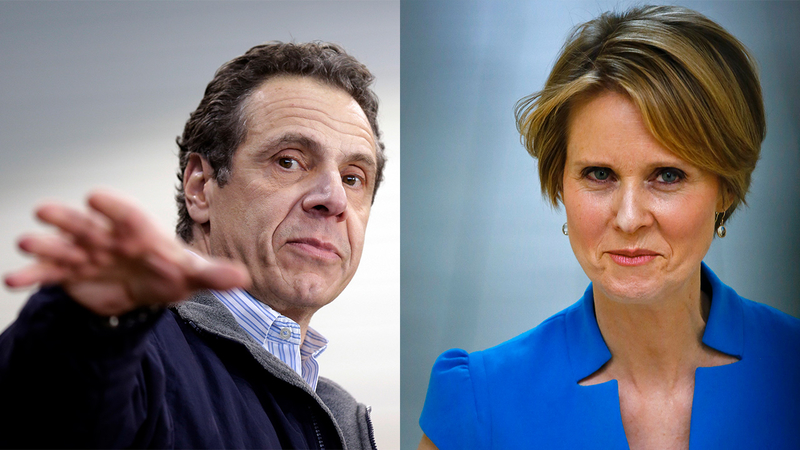 Cuomo, Nixon could face off in debate on WABC

NEW YORK -- Democratic candidate for New York governor Cynthia Nixon has formally accepted an invitation by WABC-TV and our partners to participate in a televised debate with Governor Andrew Cuomo on Channel 7.

"I believe voters deserve to hear a frank and direct discussion of the real issues facing New Yorkers, and the difference between my progressive vision for this state, and Governor Cuomo's centrist record," she said in accepting the offer.

So, big news, WABC and their partners have offered to host a televised debate between myself and Governor Cuomo....and I accept their invitation. pic.twitter.com/yVlWeg3n7A

Governor Cuomo responded in a statement, saying he "looks forward to a robust debate and is currently receiving invitations and reviewing various opportunities."

No date has been set. Discussions on the format and rules are ongoing.

On Monday Nixon basically taunted Cuomo. "So what's it going to be, Andrew?," she said. "Just you and me on a stage? No huge multi-candidate free-for-all like you always insist on."

She was referring to an odd debate in 2010 with seven candidates on stage.

Cuomo participated in one multi-candidate debate for the general election in each of his previous campaigns for governor, in 2010 and 2014.

One good government group is now pushing for a new law in Albany that would force statewide candidates to debate.

"We think that all statewide candidates should participate in debates both in the primary and general election because it's good for voters," said Susan Lerner of Common Cause.

The latest polling shows what may be a trend. Cuomo was ahead 47 points in March. A different poll now shows a 22 percent spread.

Nixon is hoping a prime-time, one-on-one debate will help. "One-on-one, no distractions, nowhere to hide. Your move," she said.

The New York primary is set for September 13.