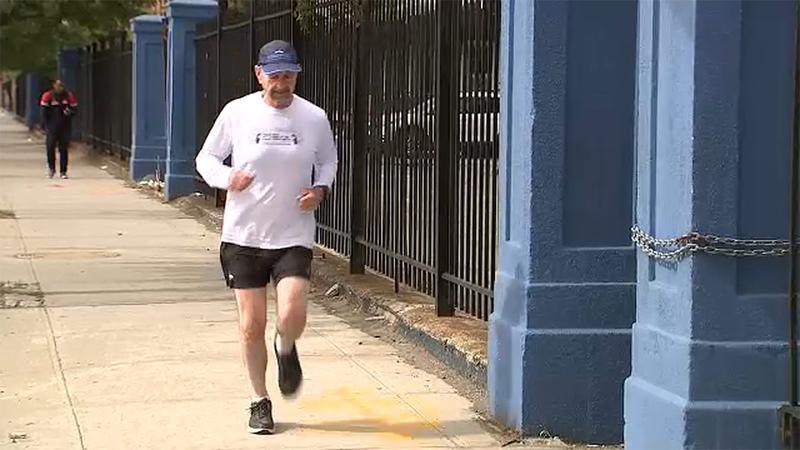 Stu Fisher is preparing to run the first marathon of his life at the age of 66.

"I'm anxious. I'm a little bit nervous but, you know when you start and you're going, all of those thoughts and anxieties just disappear," he said.

His age alone is an inspiration, but what's truly remarkable is that he's been running for less than two years.

"It was very difficult at first," Stu tells Eyewitness News. "I would go maybe 15 seconds, maybe 30 seconds and then have to stop."

Stu thought about running for decades, but it wasn't until just last year that he was motivated to get started.

Stu, a father of five, will be running the TCS New York City Marathon with his youngest daughter, Stefanie. She's also a first-timer.

"Everyone tells me don't focus on your pace on your first marathon," Stu says, "Just get to that finish line. But I'm a little bit competitive so I would like to make it in less than five hours. If I did four hours, 59 minutes and 59 seconds I would be elated."

Stu want to share his story to inspire other people his age to get up and get moving.

"I want others to know that you can start at any age," Stu says. "Just because you're older now and you missed the boat. There is no boat. It's a continuous train. You just jump on."

Stu will be running to raise money for NORD, the National Organization for Rare Disorders.

"There are 30 million people in the country with rare diseases, 20 million of which are children," he said.