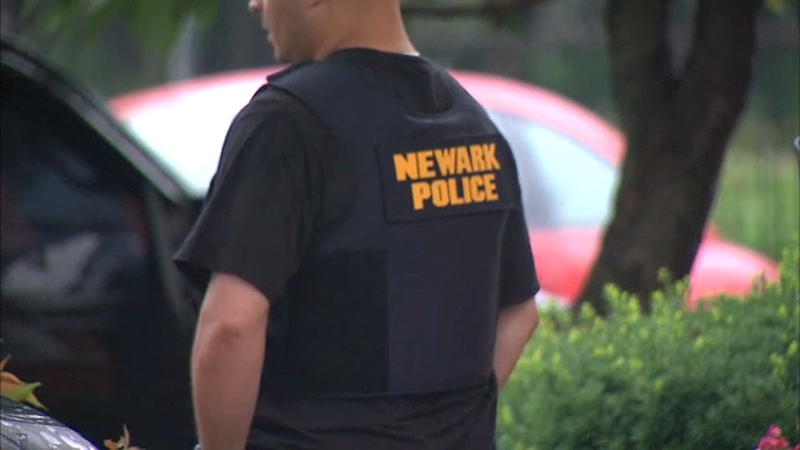 NEWARK, New Jersey (WABC) -- Authorities in New Jersey announced Tuesday that 27 reputed gang members have been charged for their alleged roles in a Newark-based drug-trafficking organization that is accused of distributing heroin and crack cocaine and using firearms to protect their illegal operation.

The arrests resulted from a long-running wiretap investigation led by the U.S. Attorney's Office and the U.S. Bureau of Alcohol, Tobacco, Firearms, and Explosives, in conjunction with the Newark Police Department and the U.S. Drug Enforcement Administration.

The charges include operating a continuing criminal enterprise and conspiracies to distribute one kilogram of heroin and/or 280 grams of crack cocaine.

Five defendants were already in custody on state charges and two remain at large.

"These defendants are charged with orchestrating and participating in a massive drug trafficking organization that pumped heroin and crack cocaine into the streets of Newark and surrounding areas virtually non-stop," U.S. Attorney Craig Carpenito said. "As alleged in the complaint, they operated out of an abandoned home in Newark that they turned into a fortress protected by illegal firearms, which featured a fast-food-style drive-through window for the quick and easy sale of these dangerous drugs."

According to the documents filed in this case and statements made in court:

The investigation revealed that the organization's leaders -- Blake and Hutchinson -- operated a massive drug market that operated 24 hours a day, seven days a week, flooding the streets of Newark with heroin and crack cocaine and generating approximately $10,000 in daily revenue.

Blake, Hutchinson, and members of their organization sold heroin and crack cocaine to customers out of two neighboring, abandoned houses near the Newark-Irvington border. These drug dens were located in the heart of a residential community, just two blocks from the Thurgood Marshall Elementary School, an Irvington public school serving children from pre-kindergarten to fifth grade.

The organization made efforts to fortify one of the abandoned residences - 921 South 20th Street in Newark - boarding up all doors and windows until it was virtually impenetrable.

The defendants accessed the residence by way of a ladder to a second-floor window, pulling the ladder inside behind them. Once inside, the defendants would sell heroin and crack-cocaine through a small hole that was cut out on a first-floor outer wall, allowing customers to purchase narcotics in exchange for currency, similar to a restaurant's drive-through window. In a backyard shed, the defendants stored narcotics, a communal cell phone that was used to operate the business, and firearms, including a .45 caliber Hi-Point and 9mm Sig Sauer firearms, and several boxes of .45 caliber and .380 caliber ammunition that were seized during the investigation.

The suspects face anywhere from 10 years to life in prison if convicted.