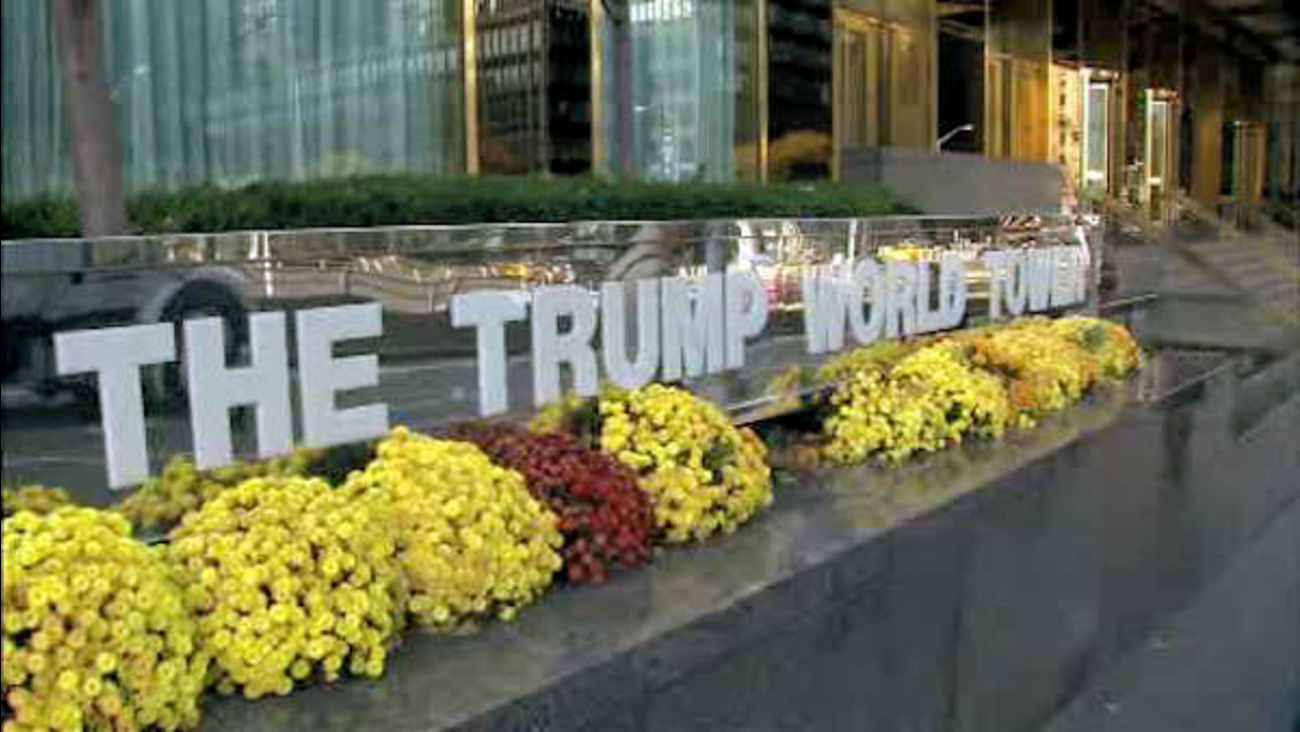 NEW YORK (WABC) -- Regardless of how you voted in the presidential election, it's hard to deny Donald Trump's footprint on New York, especially when it comes to real estate.

The Trump name is emblazoned on more than a dozen skyscrapers and apartment buildings from Wall Street to Park Avenue, but what happens to all those buildings when the mogul moves to the White House?

It's a family name and a brand that's been synonymous with businesses and properties across the world, but how will the seal of the president affect the Trump business empire? It's a million dollar question, depending on who you ask.

Trump has left his mark on a variety of enterprises, but with his pending transition, his eldest children will soon be taking over.

"I think that's more of a natural progression, and it's good for the family," one passerby said. "They're a bit younger and could possibly offer a bit more to our younger culture."

There is some concern, however, about the interests of the Trump Organization and how these interests may or may not conflict with those of the American people.

"In the case of Donald Trump, of course we have the added mystery of exactly what his assets are and what kind of income he earns from which of those assets," said David Birdsell, Marxe Dean of the Austin W. Marxe School of Public and International Affairs at Baruch College. "Because he hasn't released tax returns."

Finance experts say the Trump brand stands to be around for quite some time.

"Either way, whether you believe that any publicity is good (publicity), the Trump brand has risen in its profile," said Jeremy Smerd, of Crain's New York Business. "Everybody knows about it now."