WABC
By Eyewitness News
CHELSEA, Manhattan (WABC) -- Eyewitness News captured exclusive video of the man believed to be behind weekend bombings in Chelsea, Seaside Park and Elizabeth being taken into custody following a incident with police in Linden, New Jersey.

He is being ordered held on $5.2 million bail.

And another stunning development, ABC News reports that there were more devices discovered inside Rahami's apartment in New Jersey.

Law enforcement sources say Ahmad Khan Rahami was captured following a shootout and is alive but wounded. He was conscious as he was being loaded into an ambulance, his hands clearly cuffed behind him. He was taken to University Hospital, where he was undergoing surgery after being shot at least two times.
EMBED More News Videos

He was found after the owner of a local bar discovered him sleeping in a hallway. Believing him to be a vagrant, he contacted police.

"At approximately 10:30 this morning, the owner of one of the establishments in town reported that there was an individual sleeping in his hallway," Linden Mayor Derek Armstead said. "One of our police officers went to investigate, to wake him up, and realized that he was the suspect that has been sought in the other bombings that had occurred prior...He realized it was the suspect, and within moments, the suspect had fired on him. And thank God that he had his vest on. I think that saved his life."

Two police officers in total were hurt, with the other officer apparently being grazed in the head while sitting in his police cruiser. Neither sustained life-threatening injuries, police said, as the officer in the car suffered a glancing blow and was cut by shattered glass.

"When the officer tried to rouse the man in the doorway, when the man picked up his head, he noticed that the man had a beard and he looked like the suspect being sought," Linden police Captain James Sarnicki said. "So he told him to show (him) his hands, and the suspect had his hand on his side...he pulled out a handgun, and he fired a shot at the officer, striking him in his bullet-proof vest in his abdomen. At that point, the officer returned fire."

The officer struck was identified as Linden Police Officer Angel Padilla, a 15-year veteran of the force. 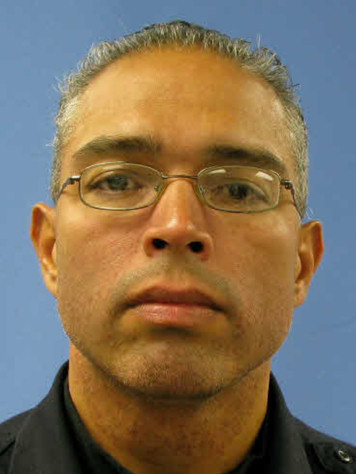 Officer Peter Hammer, a 22-year veteran, was working traffic in his patrol car when he was hit by glass that shattered due to a bullet striking the vehicle. 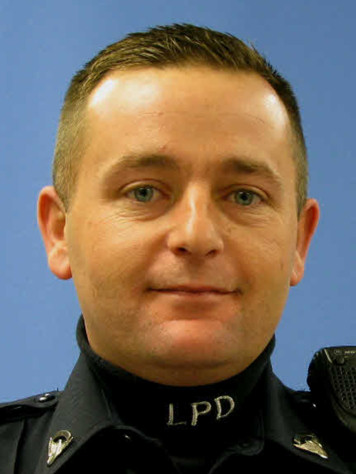 Authorities say the suspect then took off down the street, firing indiscriminately until other officers and took him down.

Both officers have been released from the hospital.

After the arrest, as details flowed in, New York City Mayor Bill de Blasio identified the incidents as terrorism.

"We have every reason to believe this is an act of terror," he said. "It will be an ongoing investigation, and I want people to be vigilant."
EMBED More News Videos

Authorities say that the investigation is ongoing, particularly when it comes to the hunt for accomplices or other incidents. But officials stressed they are not seeking anyone in particular at this time, and the FBI says they have "no indication" that Rahami was part of broader cell.

Sources say that federal prosecutors have already drafted charges against Rahami, and they could be announced as early as Monday. It is unclear exactly what the charges would be, but sources say they are likely related to use of IEDs. The Union County Prosecutor's Office also expects to file charges related to the shooting of the two police officers.

The FBI had earlier released a wanted poster for the 28-year-old Rahami, who was said to be operating a 2003 Blue Honda Civic bearing NJ registration D63EYB. He may be related to five people who were taken into custody for questioning by the FBI in connection with Saturday night's bombing in Chelsea. FBI Assistant Director William Sweeney, Jr., said Monday that none of those people were placed under arrest.

FBI and other law enforcement descended on an Elmora Avenue home in Elizabeth early Monday morning where Rahami either currently lives or used to live, after five suspicious devices were found near a train station. Investigators said they are still gathering evidence and have not publicly tied Rahami to those bombs.

PHOTOS: Possible explosion in New York City
Explosion investigation in Manhattan, New York.
Authorities say all three of the bombs in Chelsea and Seaside Park had flip phones, even though there are some differences in design. The Seaside explosive device involved pipe bombs tied together, and sources say it was timed to detonate when the race began.

But the two bombs in Chelsea on 23rd and 27th streets have some of the signatures seen from bomb-making designs posted online, including in Al Qaeda's Inspire magazine.

Both Chelsea bombs utilized Christmas lights for wiring, and the pressure cooker bomb found intact had a label on it for the chemical Tannerite, an explosive often used for target practice that can be picked up in many sporting goods stores. That pressure cooker bomb was described by a source as being extremely heavy, containing shrapnel.
EMBED More News Videos

CeFaan Kim has more from Chelsea.

Twenty-nine people were injured in the blast that occurred on West 23rd Street between Sixth and Seventh avenues at about 8:30 p.m. Saturday. No injuries were reported in Seaside Park or Elizabeth. By Monday morning, authorities had connected all the incidents, for which Rahami is believed to responsible.