MUST SEE: Video shows deer attacking driver who struck it

The incident happened September 17 at about 8 p.m. in Howell.

The Howell Township Police Department said one of its officers was driving down Oak Glen Road while responding to a call, when the patrolman saw a deer cross the road in front of an SUV up ahead of him.

Video from Howell Township police in New Jersey shows a deer attacking the driver who struck it.

The driver of the SUV - identified as 43-year-old Ellen Sager of Howell - braked, but kept going for a short distance before pulling over to check on the deer.

As the officer pulled up to the SUV to check on Sager, the buck darted out from the side of the road - just as Sager was opening the door - and started attacking her.

In the video released by the police, Sager is seen fighting off the deer.

"In what appears to be a scene from a cheap comedy, Sager physically struggles with the rather large deer and has to kick the deer out of her vehicle and quickly close the door to keep it out," Howell Township police wrote in a news release.

The officer -- Patrolman Nicholas Austin -- said if it weren't for his dash camera, he wouldn't have believed it either.

"I've never seen anything like it. I've lived in this town my entire life and never seen or heard anything ever like that," said Austin.

Sager suffered a minor knee injury as a result of her scuffle with the angry deer.

The deer rolled over and died a few minutes later, as a result of its injuries from the initial collision, police said.
Related topics:
deernew jersey newsanimal attackoriginals
Copyright © 2021 WABC-TV. All Rights Reserved.
ANIMAL ATTACK 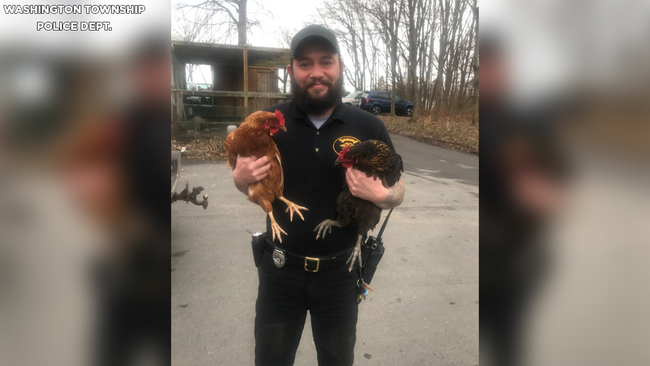