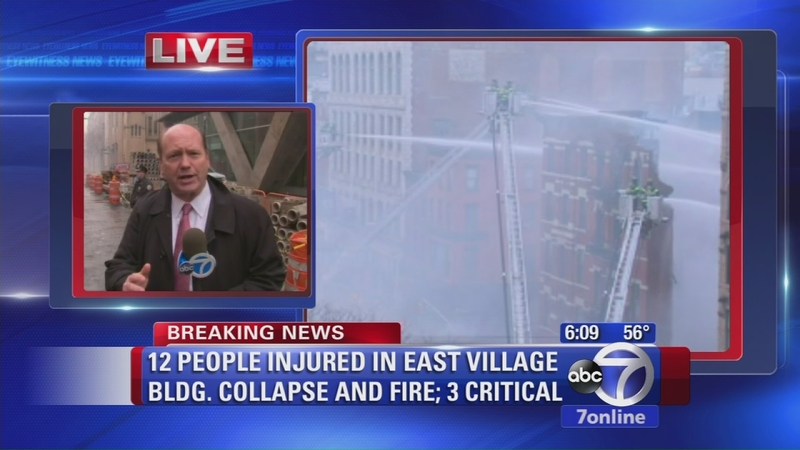 EAST VILLAGE -- Eyewitnesses described the scene after an explosion and collapse at an apartment building in Manhattan Thursday. 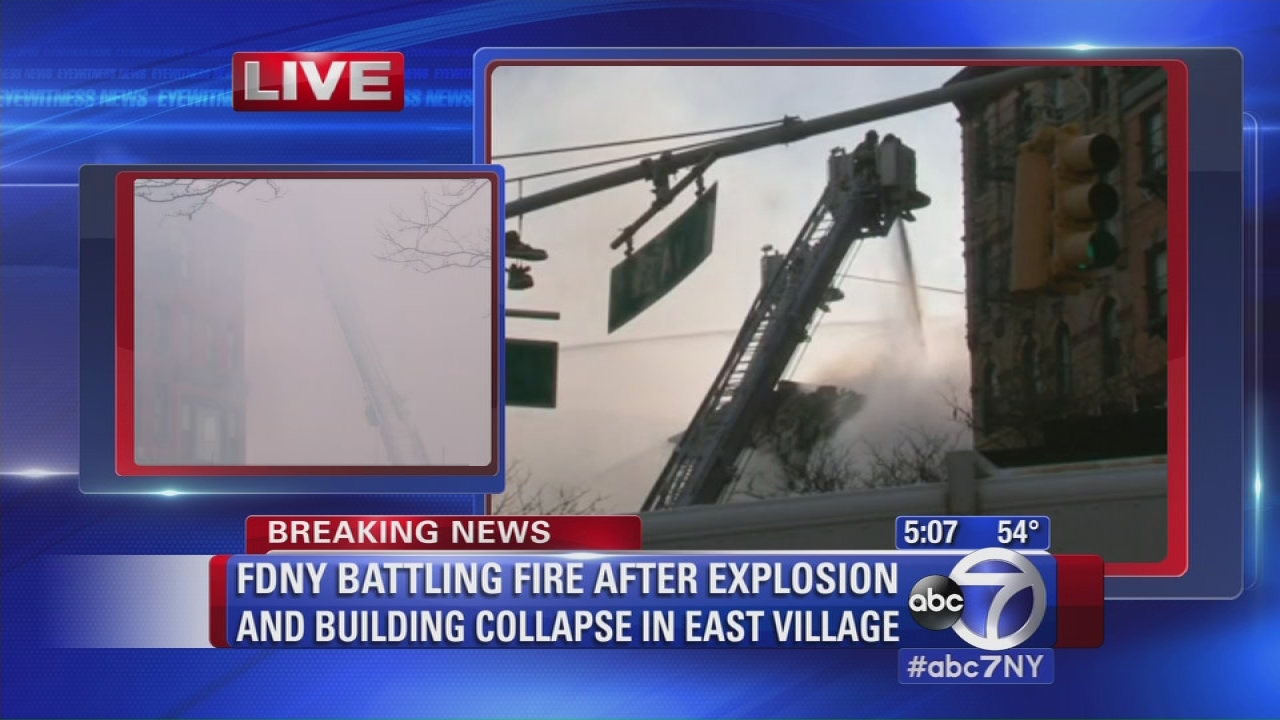 FDNY battles fire after explosion, collapse
Josh Einiger has the latest from the scene of the collapse at 2nd Avenue and East 7th Street.
"Some glass had blown all the way across the street, people injured," said a visibly shaken James Cole, who lives a few buildings down and fled in just a pair of shorts, sneakers and a sport coat after returning from the gym just prior to the explosion. "There were some Good Samaritans who were helping them, and there was a woman trapped on her fire escape, so they helped her get down. One guy, after helping her, ran back up, and it was already starting to smoke, and he was checking each apartment."

Adil Choudhury, who lives a block away, ran outside when he heard "a huge boom."

"Already there was smoke everywhere" when he saw the building, he said. "The flames were coming out from the roof. The fire was coming out of every window."

Freelance photographer Michael Seto said he could feel the explosion in his apartment, about 1 blocks away.

He grabbed his camera, ran outside and found a crowd gathering, looking at a brick tenement-style building with a restaurant on the first floor.

"By the second story, the front part of the building, the facade, the first and second stories, it looked like, had collapsed into the street," he said. 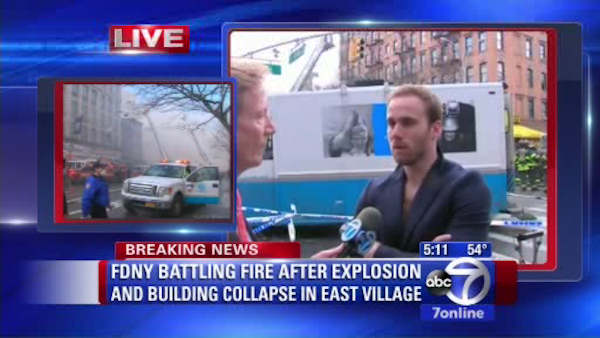 Nearby resident ran from scene of explosion
N.J. Burkett spoke with James Cole, who lives two buildings down from the building that collapsed in Manhattan.

Rubble was on the sidewalk, and glass and debris had been flung across an avenue.

As Seto ran up to the building, a fire was starting inside it.

"It spread very quickly and pretty much engulfed the first floor," he said.

Meanwhile, a man was climbing up the fire escape, not down, he said.

"People were calling to him that the building's on fire - he needs to get down," and he did, Seto said.

He saw one person lying on the ground, being attended to by two to three passers-by who were holding his head still. A woman was sitting on the curb with blood coming down her face, and another woman walked past him with blood on her face.