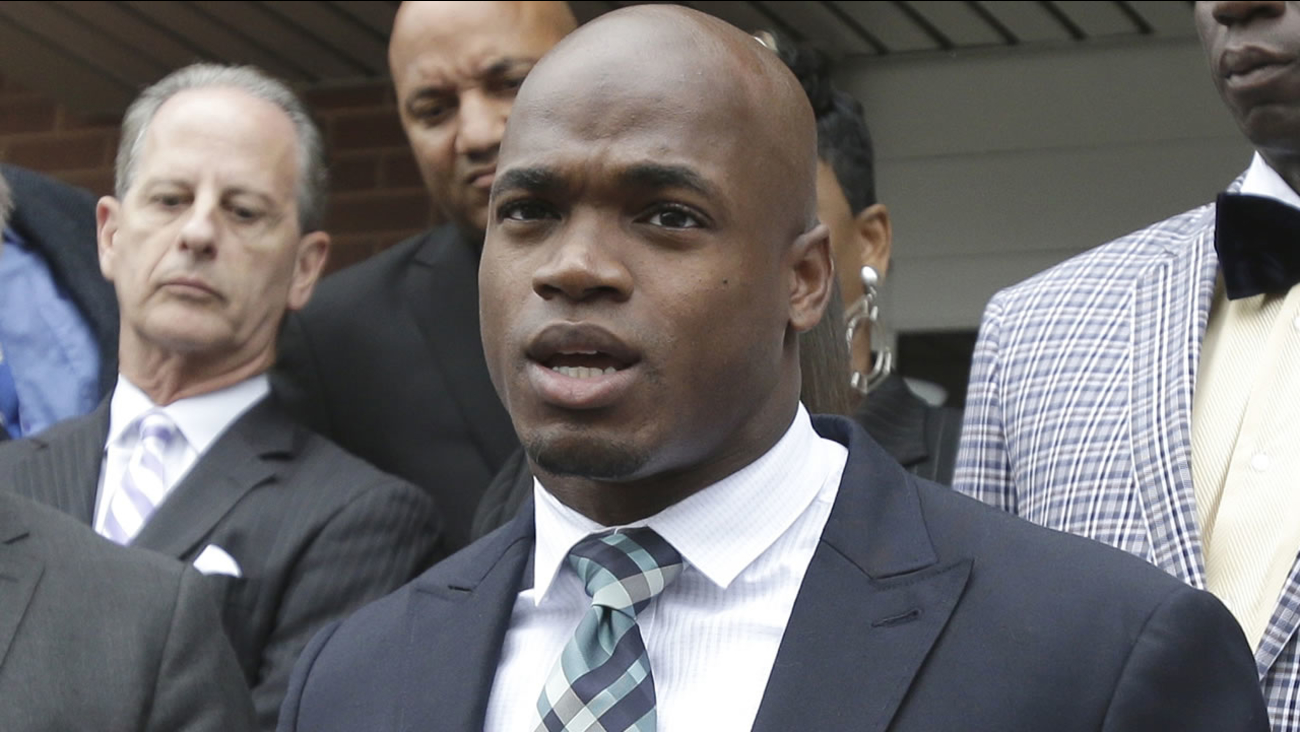 In this Nov. 4, 2014, file photo, Minnesota Vikings running back Adrian Peterson speaks to the media after pleading no contest to an assault charge in Conroe, Texas. (AP Photo/Pat Sullivan)

MINNEAPOLIS -- The NFL has reinstated Minnesota Vikings running back Adrian Peterson, clearing the way for him to return after missing most of last season while facing child abuse charges in Texas.

The league announced its decision on Thursday. Commissioner Roger Goodell sent Peterson a letter advising him of his reinstatement. Goodell wrote that Peterson will have to fulfill all the obligations of his plea deal with authorities after he reached a plea deal to reduce a felony charge to a misdemeanor.

Goodell also told Peterson he would have to continue attending counseling while adhering to the league's new personal conduct policy to avoid further discipline.

Peterson's agent has said the star running back wants to play elsewhere next season. But the Vikings say they have no plans to trade him.