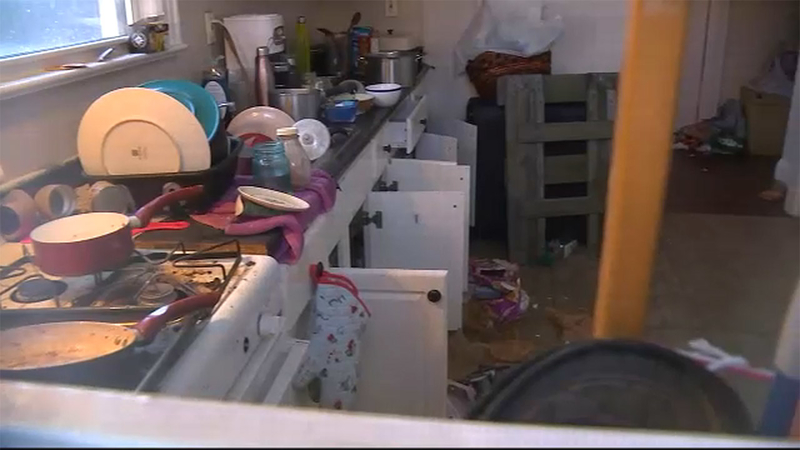 BOONTON, New Jersey (WABC) -- A New Jersey mother was charged after her 11-year-old daughter was found dead in their apartment on Monday next to an empty bottle of prescription drugs, court documents say.

According to a criminal complaint, 34-year-old Shay Mooney was charged with child endangerment after admitting she gave prescription opioids and other medications not prescribed by a doctor to her 11-year-old daughter, Wade Richardson.

Court documents say police responded to a call of a deceased child at a home on Wooton Street in Boonton, where they found the girl lying on the floor of the apartment next to what appeared to be empty prescription drug bottles and white pills.

A neighbor who did not wish to be identified told Eyewitness News that she tried to help the 11-year-old before emergency crews arrived.

"I tried to go in and help -- and give CPR," the neighbor said. "There were needles on the floor -- so you couldn't even walk, you couldn't get the door open. It was really messed up."

According to the court documents, Mooney told police that she had been managing her daughter's pain for an unspecified medical condition by giving her 10 milliliters Oxycodone and other medications from her own prescriptions.

Due to her daughter's age, Mooney said pediatricians did not prescribe her medication for her condition.

The documents say Mooney told police that she suffers from the same condition as her daughter.

According to Richardson's obituary, charitable donations may be made in Wade's memory to Harm Reduction Coalition at HarmReduction.org.