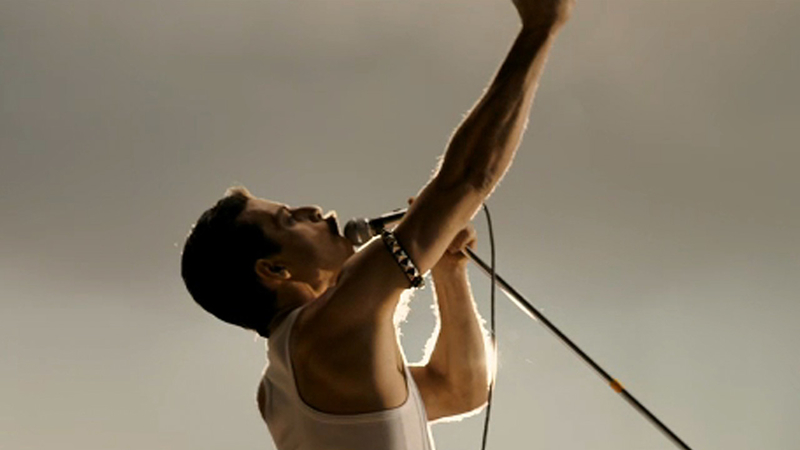 MANHATTAN, New York City (WABC) -- "Nobody's Fool" and "Bohemian Rhapsody" are not as good as they should be, nor are they as good as I thought they would be.

The first is pleasant enough but frankly should be funnier given the big talents involved. I heard some in the audience talking back to the screen, but there weren't as many laughs as I expected, given it's from Tyler Perry.

The film is rooted in a very modern problem known as Catfishing, folks who pretend to be someone else in order to flirt online.

It happens to Tika Sumpter's character, much to the dismay of her sister, Tanya, played by Tiffany Haddish. Whoopi Goldberg also makes an appearance as their mother, but the problem is, there's not enough of either one.

Tanya is just out of prison. Danica, pronounced "Daneeca" when she was born, is an upwardly mobile executive at an advertising agency in love with a guy she's never met or even seen.

Omari Hardwick's character owns a coffee place, pines for Danica and hires her sister, but neither the situation nor the plot that Tyler Perry constructs around it is as interesting as Haddish when she gets going on one of her riffs. The best of her is too raunchy to quote here, but someone, please give this funny lady her own movie.

Meanwhile, a luminous performance stands at the center of "Bohemian Rhapsody."

I just wish the rest of this movie was up to the standard set by Remi Malek as Freddie Mercury. The film is too long and self-indulgent, and it is one of the biggest disappointments of this year.

Fans of Freddie Mercury and the rock group Queen will enjoy hearing so much music and hits so well represented.

I was grateful to learn more about the lead singer's Pakistani heritage, and his sexuality is explored in a sensitive manner, but "Bohemian Rhapsody" still falls far short of expectations.