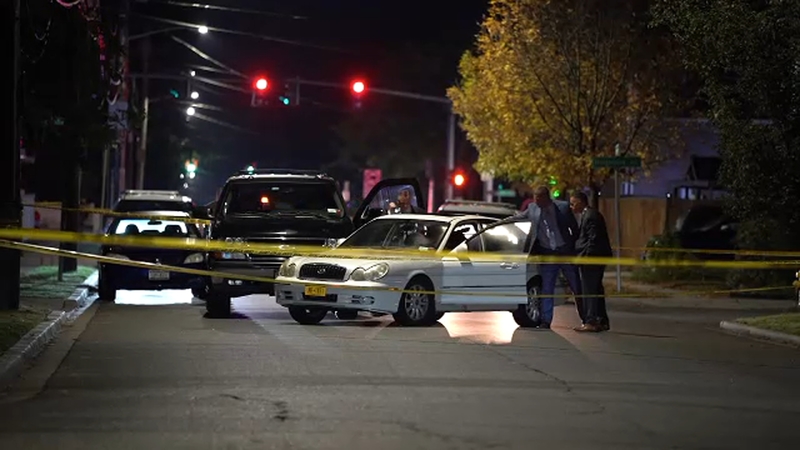 The men appeared to have initially gotten into a dispute while driving, with a verbal confrontation escalating to a physical one.

Authorities say they both stopped in the middle of Bellmore and Magnolia roads just before 11:30 p.m. Tuesday.

"Michael Bua exited his vehicle with his flashlight," Nassau County police Detective Lieutenant Richard Lebrun said. "He hit him several times about his head area, the victim, bleeding profusely at that point."

The victim responded by pulling his gun and shooting his attacker in the buttocks, according to authorities.

"(It) was concealed at the time in his holster," Lebrun said. "He did take that out, fired one shot, which hit the defendant."

Both involved parties were transported to a local hospital for treatment of their injuries.

After an investigation, Bua was arrested and charged with second-degree assault and criminal possession of a weapon.

"My wife woke me up, she heard the gunshot at least," neighbor Moudud Siddiqi said. "She was quite scared for a while, two, three hours."

With two kids inside, a gunshot just feet away from their window was unnerving for Siddiqi.

"I saw this person laying on the lawn of the other house, and you know, cops were surrounding him," he said. "I think he was the one who got shot in the leg...We all experience the road rage, but to this level, this was the first time, it's quite scary."

Authorities say Bua has a prior conviction for assaulting a police officer. The retired cop won't be charged for firing his weapon.