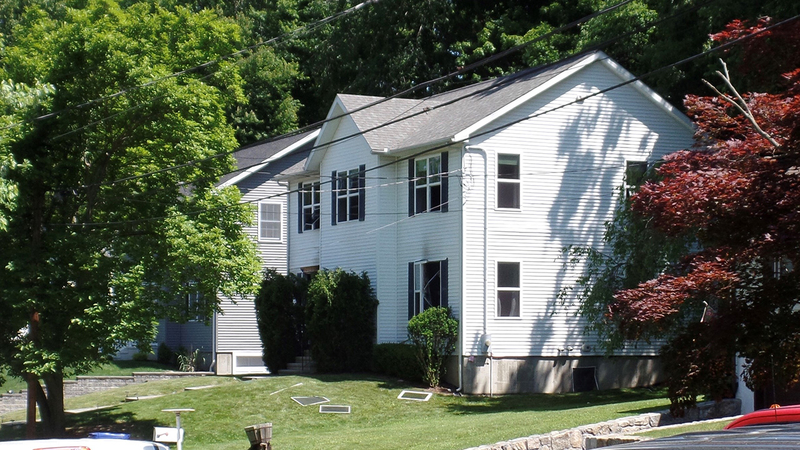 NORWALK, Connecticut (WABC) -- A man and a woman who is six months pregnant are lucky to be alive after narrowly escaping a gas explosion in Connecticut early Tuesday.

It happened around 5 a.m. at a home on Deepwood Lane in Norwalk.

Firefighters arrived to find heavy smoke and fire coming from the basement and garage area. All the windows and doors were blown off the house.
EMBED More News Videos

Marcus Solis reports on the house explosion in Norwalk.

The two occupants, married and expecting couple Bertrand and Mamata Simon, were sleeping upstairs at the time. They were able to escape from the home with no injuries.

Pregnant woman, husband escape gas explosion and fire at their home in Norwalk this morning. pic.twitter.com/h3iWbV0acY

"We didn't know if it was an earthquake or a bomb, we had no idea what it was," said Mamata Simon.

What she and her husband did know, was to get out of their house as quickly as possible. After the explosion, the couple smelled smoke.

"I came outside and noticed that it was just our house, so that's when I realized it was a fire at our place and not something else that had happened in the neighborhood," said Mamata.

Three engines and two trucks responded, and the fire was brought under control in about 30 minutes. The house runs on propane gas. Utility workers vented the gas away from the home as the investigation continued.

The house was deemed unfit for occupancy.