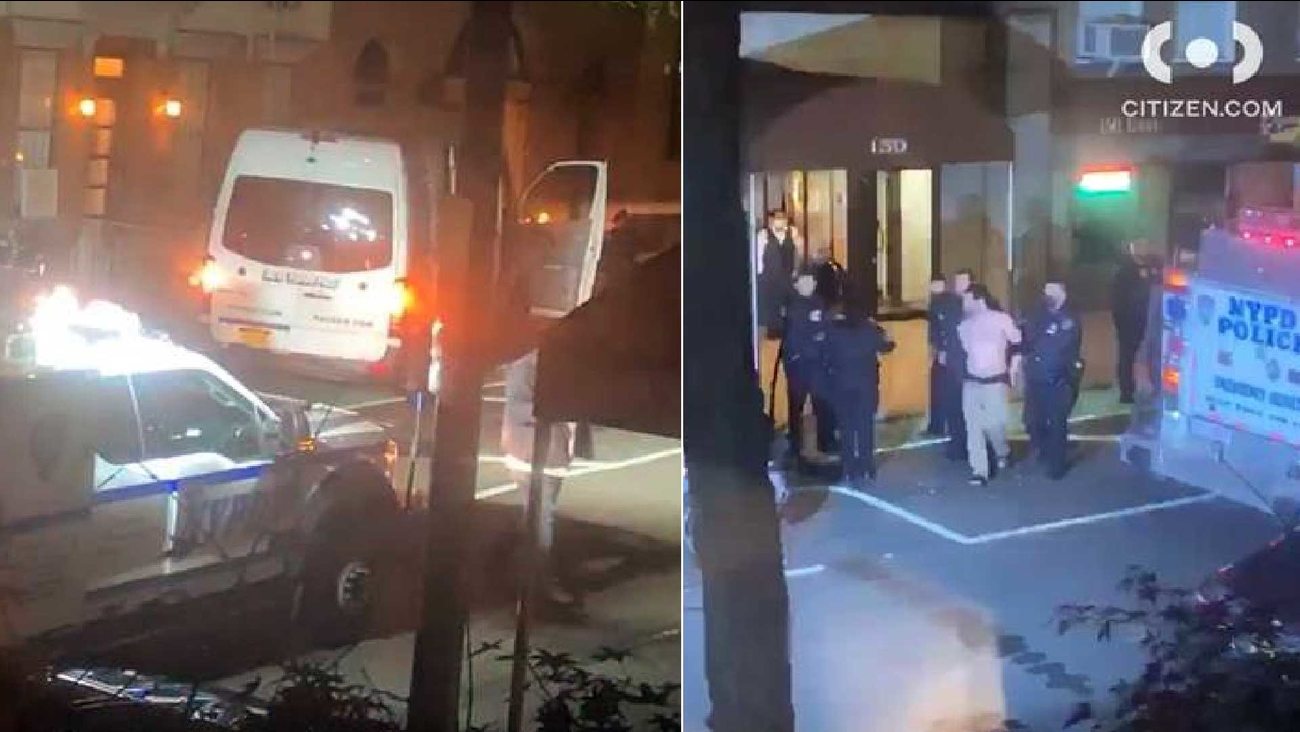 NEW YORK CITY (WABC) -- A NY Post delivery van was stolen by a shirtless suspect who struck two police cruisers before being arrested at his Murray Hill home.

The 29-year-old suspect jumped into the truck while the deliveryman was dropping off newspapers at Grand Central Terminal at around 3:20 a.m. Friday.

He drove around Manhattan, striking two police cruisers trying to stop him, one near City Hall and a second on West 14th Street in Greenwich Village.

The suspect finally parked the truck on the sidewalk in front of his East 39th Street home.

Video from the Citizen app showed him being taken into custody.

He was taken to Bellevue Hospital for treatment and evaluation. Charges against him were pending.

The newspaper deliveryman was not injured and the officers in the police cruisers sustained minor injuries.