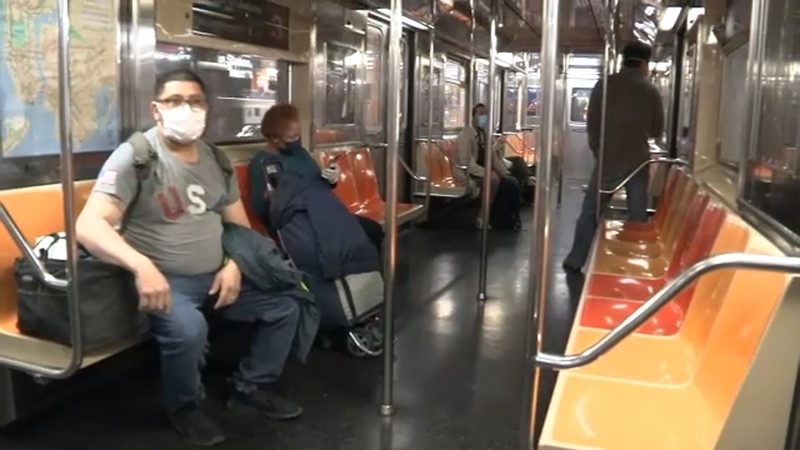 Transit Authority, NYPD talk about plans to combat crime on the subway

NEW YORK (WABC) -- There are growing concerns about subway safety as the system prepares for 24-hour service.

Overnight, police released information about another attack against an Asian woman.

The woman was slapped by another woman while riding a southbound D train in Brooklyn two weeks ago.

Police released a picture of the attacker, saying she also yelled at the woman to get off the train, saying, "You don't belong here."

Every day, more and more people are getting back on the subway, and now in an exclusive interview, the Interim President of the Transit Authority Sarah Feinberg is pleading for more police resources.

She was riding on an uptown 6 train with Eyewitness News Reporter N.J. Burkett when they encountered an emotionally disturbed individual.

It's random incidents like that that have some former riders reconsidering whether they want to come back.

The NYPD has increased its presence.

They say crime is actually down.

"The police data doesn't share with us the kinds of things that can happen in the system that might just make you rethink coming back. The quality of life incidents, the interactions you might have when you're alone in a rail car. That kind of stuff that just might make people think twice about coming back to the system. That's why I want some additional resources right now," Feinberg said.

The NYPD says they now have detectives specifically assigned to solve transit crimes, but they'll also tell you bail reform is allowing many low level offenders to walk right back out on the street and it's not helping.