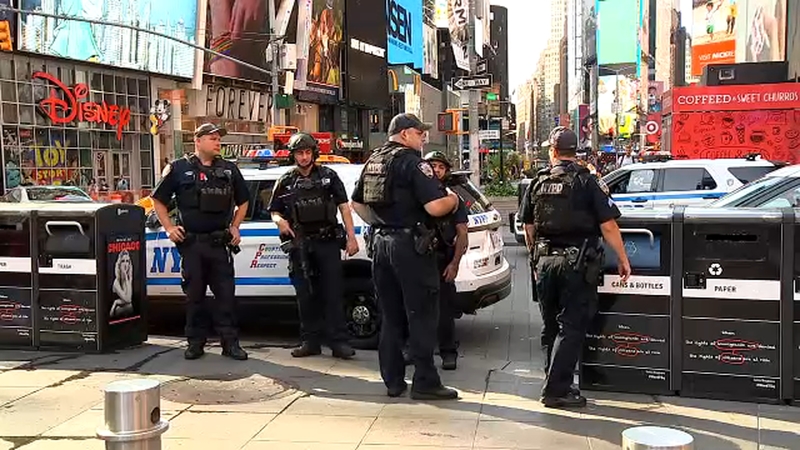 NEW YORK CITY (WABC) -- Brooklyn Borough President Eric Adams and gun safety advocates held a vigil in Prospect Park Monday night as the NYPD steps up security across the city in the wake of the mass shootings in Texas and Ohio.

Organizers say the vigil at Grand Army Plaza was held to remember the victims of the incidents in Dayton and El Paso, plus the deadly shooting the weekend before last in Brooklyn's Brownsville section.

Meantime, throughout the city, the NYPD says it has stepped up patrols as a precaution in response to this past weekend's violence, although there are no known threats here.

Retired NYPD Chief of Detectives Robert Boyce says officers are well trained to handle any active-shooter situation that might arise.

He adds that law enforcement should pay attention to online postings, like the manifesto posted by the El Paso shooter.

"You make that visit (to the posting individual) and all of a sudden you put them back a little bit: 'Police know who I am now.' It's minimally invasive, but nonetheless this has to be addressed," he told Eyewitness News. "Hate speak - we've seen an uptick in hate crimes. It's all over the city."

"It's a little daunting to come into NYC," Boyce continued. "Not saying it's not going to happen, because we did have that car flip the curb in Times Square, killing one. It's out there, but larger departments train for active shooter protocols."