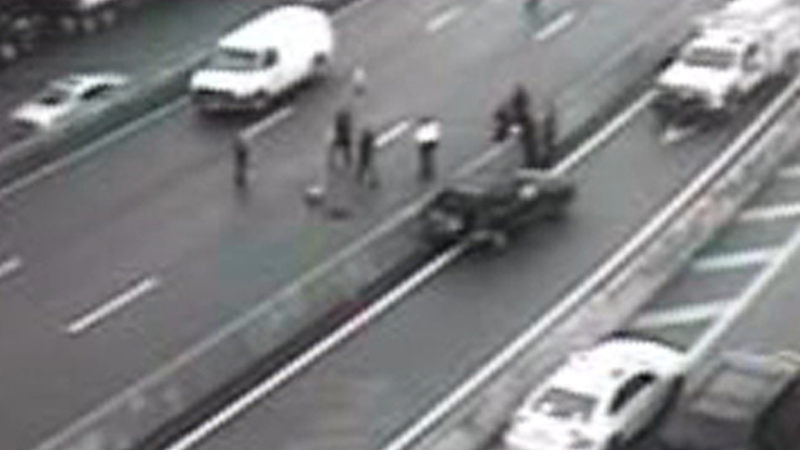 BAY RIDGE, Brooklyn (WABC) -- A driver was killed when a tire struck his car on the Gowanus Expressway in Brooklyn Wednesday morning.

The 64-year-old driver, identified as Robert Martinez, was struck in the eastbound Gowanus Expressway, near exit 3, just after 6:40 a.m.

He was traveling in the HOV lane along the eastbound Gowanus Expressway when the large spare tire came loose from a private sanitation vehicle that was traveling westbound.

The tire struck and shattered the windshield of the Chevrolet Tracker, which then crashed into the divider.

The 45-year-old operator of the private sanitation truck, from Century Waste Services in Elizabeth, New Jersey, remained at the scene. No charges were initially filed.

The victim was a civilian employee of the NYPD, who worked in building maintenance at Police Headquarters.

"Our hearts go out to the family of the victim. This event was an unfortunate accident. We are fully cooperating with the investigation of this tragic event."