NYPD: Ferry that ran aground in Lower Manhattan hit pylon under water

WABC
By Eyewitness News
LOWER MANHATTAN, New York (WABC) -- The NYPD says the ferry that ran aground in the East River Monday struck a pylon that was under the water.

The collision opened up two holes in the ferry's hull that caused it to take on water just off a pier near the South Street Seaport in lower Manhattan.

With life jackets on, the NYPD and FDNY helped get more than 100 people back on dry land.

NYPD video shows passengers and crew of the MV Zelinsky being rescued during rush hour.

The U.S. Coast Guard says the ferry was heading to the Rockaways area of Queens when it became stuck.

Passengers said the crew tried to resolve the problem but failed.

"It's just a lot of trembling, he couldn't move," said passenger Luke Miszczuk. "By the time he moved you could feel that rumble of the rotors hitting the sea floor. He tried to tilt the boat around, move it, but there was just no way."

The crew spent 45 minutes trying to free the boat while the passengers called 911, raising the question: should the crew have called for help sooner?

"We take that issue very seriously," said New York City Economic Development Corp. President James Patchett. "We expect our operator and the captain to alert emergency responders as soon as is necessary."

The tide eventually raised the boat enough for it to be moved, but with the holes in the hull, pumps were brought in to keep it afloat.

"It's a known area in the river, it's referred to as a pile field," said Patchett. "It's been there for some time, it's well-known. It's not generally been an issue but it's known by captains to be an issue, it depends on the tides."

Ferry service returned to normal Tuesday and many passengers were not the least bit worried.

"I've been taking the boat for like seven years and I think it's fine, I don't think it's a big deal," said one passenger.

Out of the 16 NYC Ferry vessels, there are currently six ferries out of service according to the mayor's office and the Coast Guard. 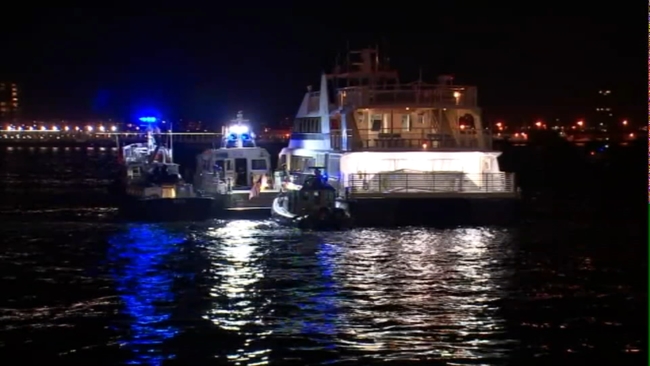 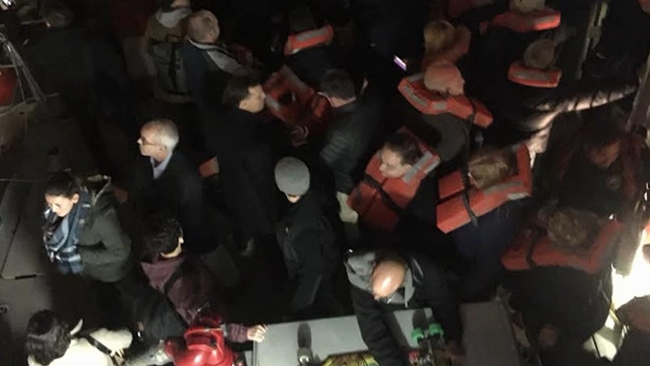 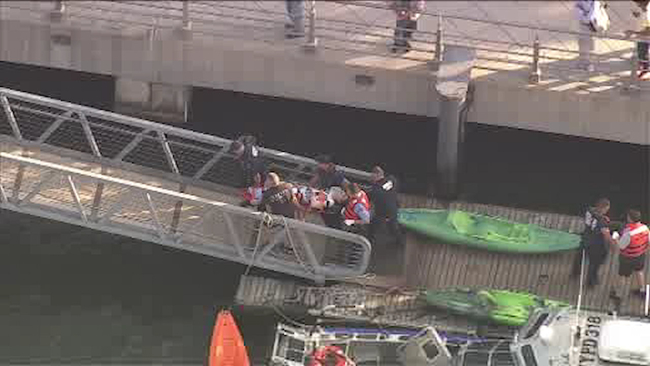