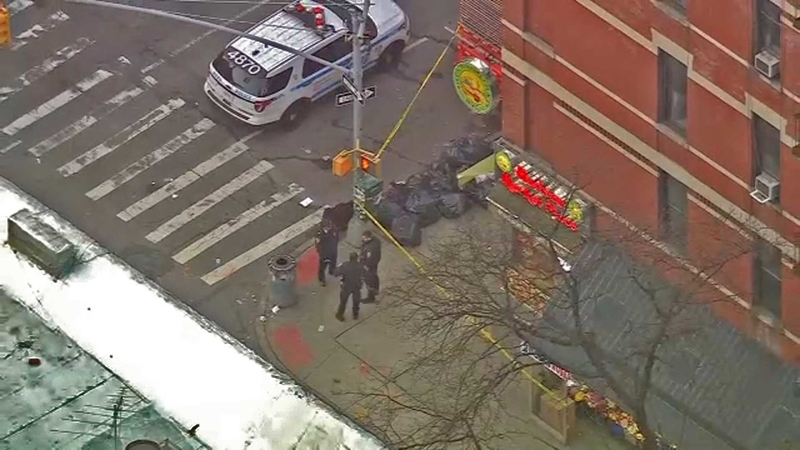 HELL'S KITCHEN, Manhattan (WABC) -- An off-duty NYPD officer was punched and had his gun stolen during a fight inside a Hell's Kitchen restaurant early Friday, police said.

Authorities say the 42-year-old officer was with a male friend when they got into a dispute with another group inside the Hudson Market, a deli at 755 9th Avenue, around 4:30 a.m.

A fistfight ensued, and one of the suspects punched the officer and grabbed his gun.

"It started, two guys having a quarrel with the lady, and the lady and two guys, they were having some issue," a worker in the store said. "I think the lady was angry over something, she was screaming very loud. But then, later on, I saw a few guys, and then the guys came literally on this side, and then they started punching the two other guys."

The four males fled with the officer's gun, said to be a personal one and not his service weapon.

They drove from the scene in a Dodge Charger, police said, headed southbound on Ninth Avenue.

The officer was taken to St Luke's Hospital with a bruised jaw.

The CDC is developing a "revised policy framework" for when masks should be required on transit systems, according to a U.S. official.