Police make arrest after pursuit stretched from Brooklyn to Manhattan 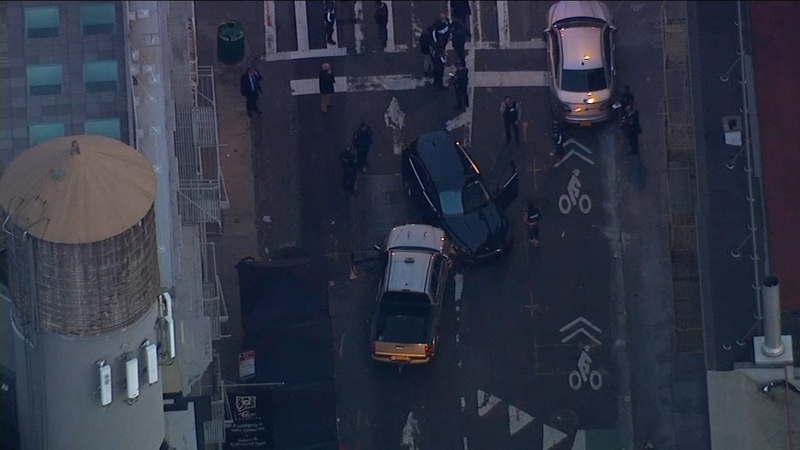 SoHo, Manhattan (WABC) -- A police pursuit that started in Brooklyn ended in an arrest in Manhattan Wednesday evening.

The driver of Black Jaguar with Florida license plates was being chased by police on the Belt Parkway.

Police eventually called off the pursuit on the ground, however, aviation officials kept up with the pursuit from the air.

Authorities say they followed the vehicle across the BQE and into the Brooklyn Battery Tunnel when it ended up in SoHo.

The vehicle then crashed on Grand Street, just off of Mercer Street.

Police vehicles came from both directions on the one-way street, allowing them to corner and arrest the suspect.

Officers say the individual is a suspect in a prior shooting.

While in police custody, the suspect did appear to try and escape, but cops were able to prevent it from happening.

No one was reported injured during the chase.

The scene is under investigation.