Suspect dies in police-involved shooting in the Bronx 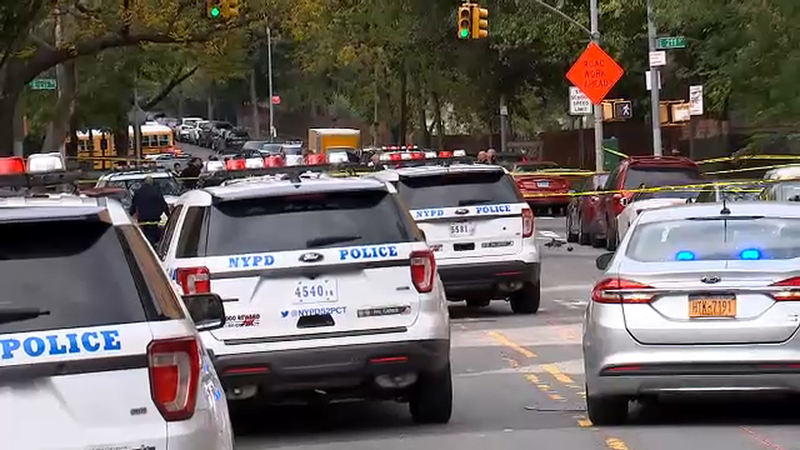 NORWOOD, The Bronx (WABC) -- A suspect was shot and killed by police after a violent struggle with officers in the Bronx Thursday, the NYPD said. It was the third police-involved shooting in the city this week.

The incident happened around 3 p.m. at East 211th Street and Bainbridge Avenue in the Norwood section.

Authorities say police pulled over a vehicle for a seat belt violation. When officers approached the car, they determined that the driver had three open warrants.

The suspect was directed to exit the vehicle to be placed under arrest.

"As the officers attempted to arrest him outside the vehicle, the man physically resisted and got back into the car," said NYPD Chief of Department Terence Monahan. "While both front doors of the car were still open, the male initiated a violent struggle."

An NYPD sergeant tased the driver multiple times but it didn't work, the NYPD said.

"During the struggle, the man shifted the car into drive, moving the car forward and backwards, with the sergeant still inside the vehicle," said Monahan. "It was after the car went into reverse that the sergeant fired one round from his service weapon, striking the male in the chest."

The suspect was rushed to Montefiore Hospital, where he died. NYPD officials said the struggle lasted for about a minute and a half before the shot was fired.

A passenger in the SUV, who was not injured, was questioned by police.

No officers were injured.

On Tuesday, police say an armed man was shot and later died after a gun battle with officers in Brooklyn.

Then, approximately four hours later, police shot a man who was allegedly holding a gun on a Bronx subway platform.