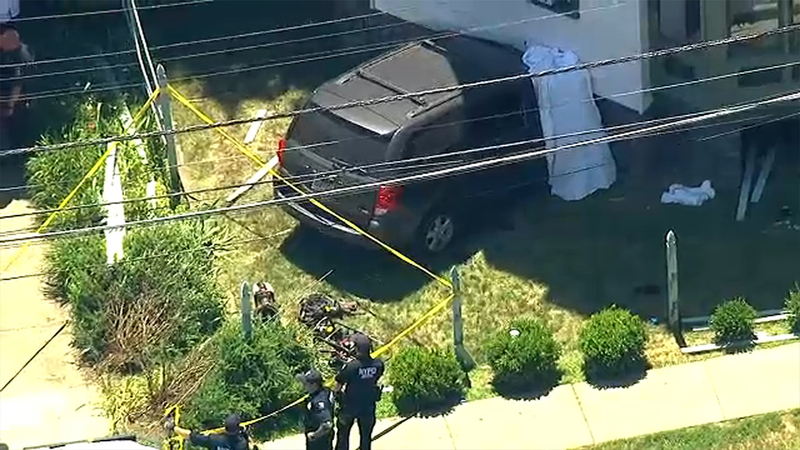 ST. GEORGE, Staten Island (WABC) -- A fight outside the courthouse on Staten Island Tuesday escalated into a shooting and ended with a van plowing into a house, pinning and killing the suspected gunman.

The incident began outside the Supreme Court and Criminal Court, where officers responded to a confrontation between a group of young men who had scheduled court appearances.

Three individuals were detained and questioned while police reviewed the video footage, and summonses were issued. No injuries were reported.

Later, another altercation occurred in front of the building and moved around the corner to Fort Place and St. Marks Place. While police were in pursuit, there was a radio call of shots fired, prompting officers to take cover.

Authorities say they then witnessed one individual shooting at a minivan containing members of the rival faction, before the van plowed into the shooter and straight into the home.

Police say the shooter was killed, and officers directed the men in the minivan at gunpoint to exit the vehicle and get on the ground.

In total, five people were taken into custody.