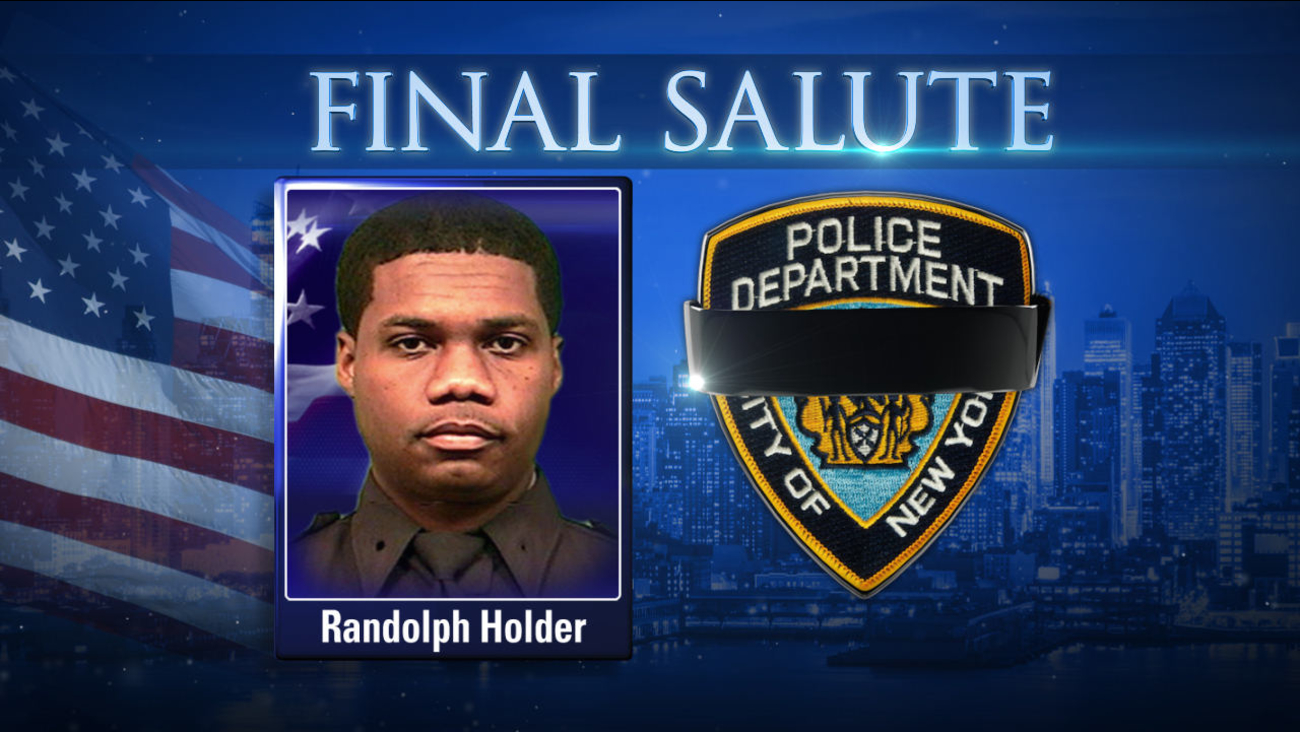 NEW YORK (WABC) -- The funeral for Officer Randolph Holder is being broadcast on Channel 7 and abc7NY.

We will stay with the funeral for its entirety. It will then be followed by Eyewitness News.

Some of the people expected to speak at the funeral include New York City Mayor Bill de Blasio, Police Commissioner William Bratton, Officer Holder's brother Prince, and there will be a reflection by Officer Holder's fianc Maryiane Muhammad.

There will also be a tribute made by former members of the Guyana Police Force.

The Officiate will be Rev. Dr. Leslie Mullings who is the pastor for the family at their home church, Community Church of the Nazarene in Far Rockaway.

Officer Holder's funeral is being held at Greater Allen A. M. E. Cathedral of New York, located at
110-31 Merrick Boulevard in Jamaica, Queens.

Officer Holder will be buried in Georgetown, Guyana, where he is originally from.

As a result of the airing of Officer Holder's funeral, "General Hospital" will be rebroadcast at 1:05 a.m. following "Nightline".