A massive oil spill along the Orange County coast forced the cancellation of the final day of the Pacific Airshow and prompted warnings to avoid entering the water Sunday.

HUNTINGTON BEACH, Calif. -- A major oil spill off the coast of Southern California has forced Huntington Beach and activities scheduled to take place in the region to shut down.

A leak from an offshore oil production facility leaked 3,000 barrels of oil, which is about 126,000 gallons, on Saturday, said Huntington Beach Mayor Kim Carr.

The U.S. Coast Guard was notified of the spill around 9 a.m. Saturday, Carr said. By early Sunday morning, the oil had reached the shore. It had entered the Talbert Marshlands and the Santa Ana River Trail, fanning out over an area of about 5.8 nautical miles, the city of Huntington Beach announced in a press release Sunday morning.

The size of the spill "demanded prompt and aggressive action," officials said.

Skimming equipment and booms have been deployed to prevent the oil from flowing into the Bolsa Chica Ecological Reserve and Huntington Beach Wetlands, according to the city. It was not immediately clear what caused the spill.

The final day of the Pacific Airshow was canceled in order to facilitate cleanup operations, city officials announced Sunday morning. In addition, residents were advised not to swim, surf or exercise near the beach due to the potential health hazards, such as toxic fumes.

Newport Beach Mayor Brad Avery reported to Foley that he saw dolphins swimming through the slick oil plumes as he headed back to shore from Catalina, Foley tweeted.

The California Department of Wildlife has set up a hotline to report wildlife impacted by the oil. Individuals are advised not to handle the wildlife but to report incidents to 877-823-6926. 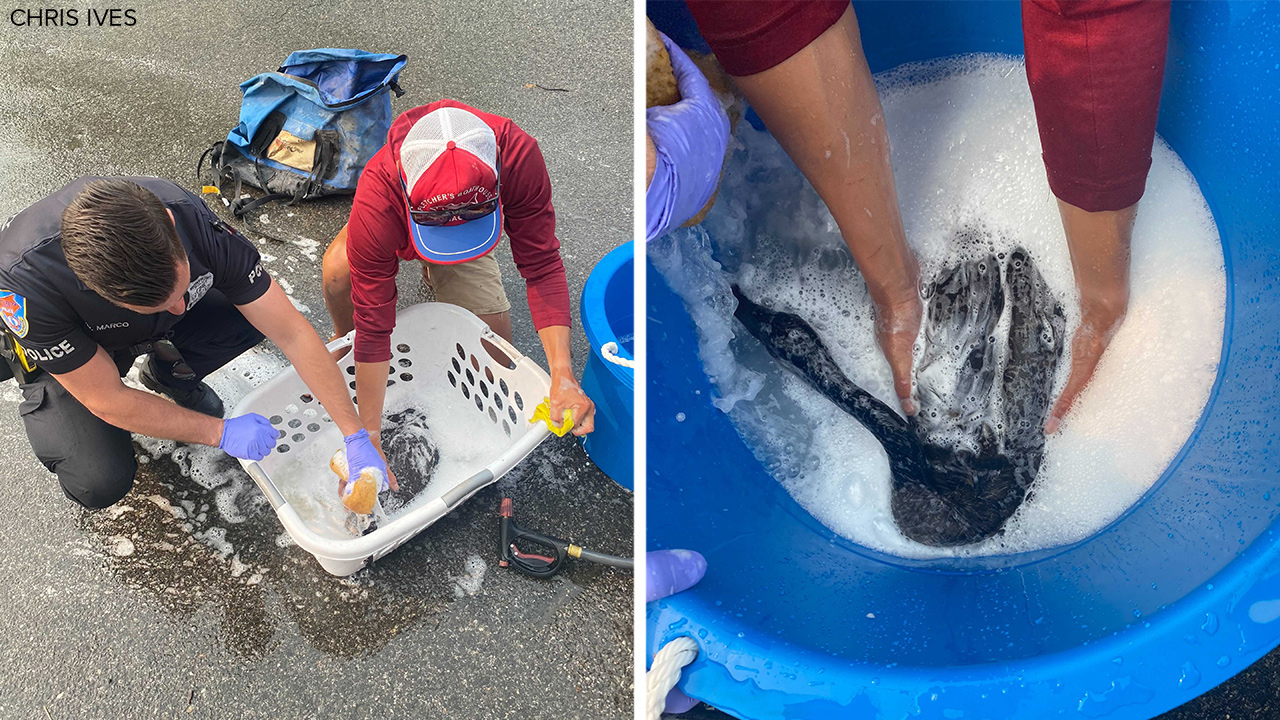 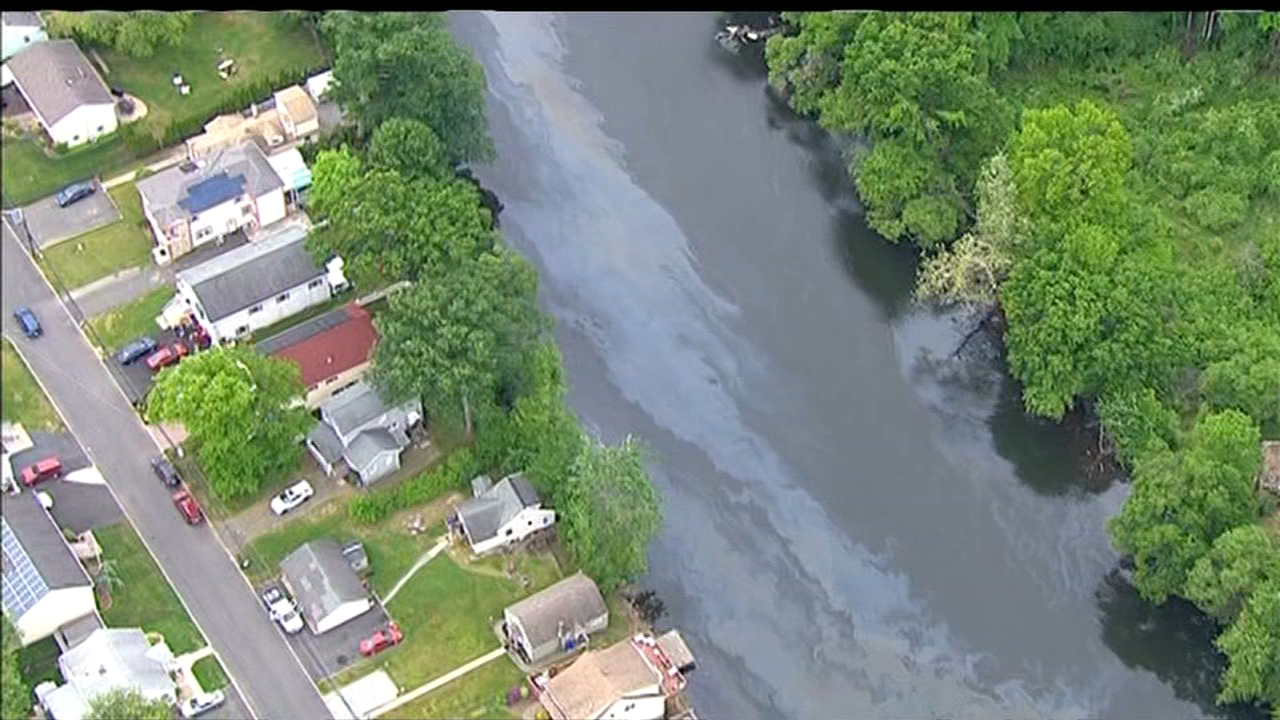 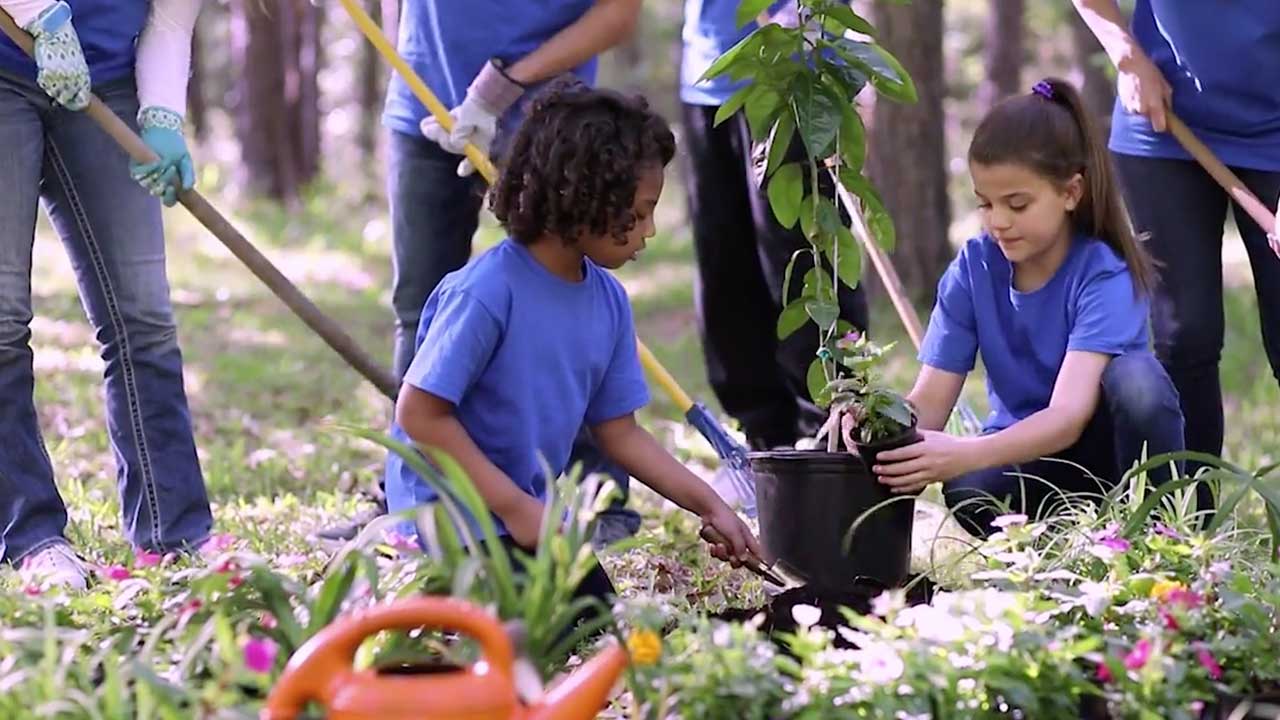 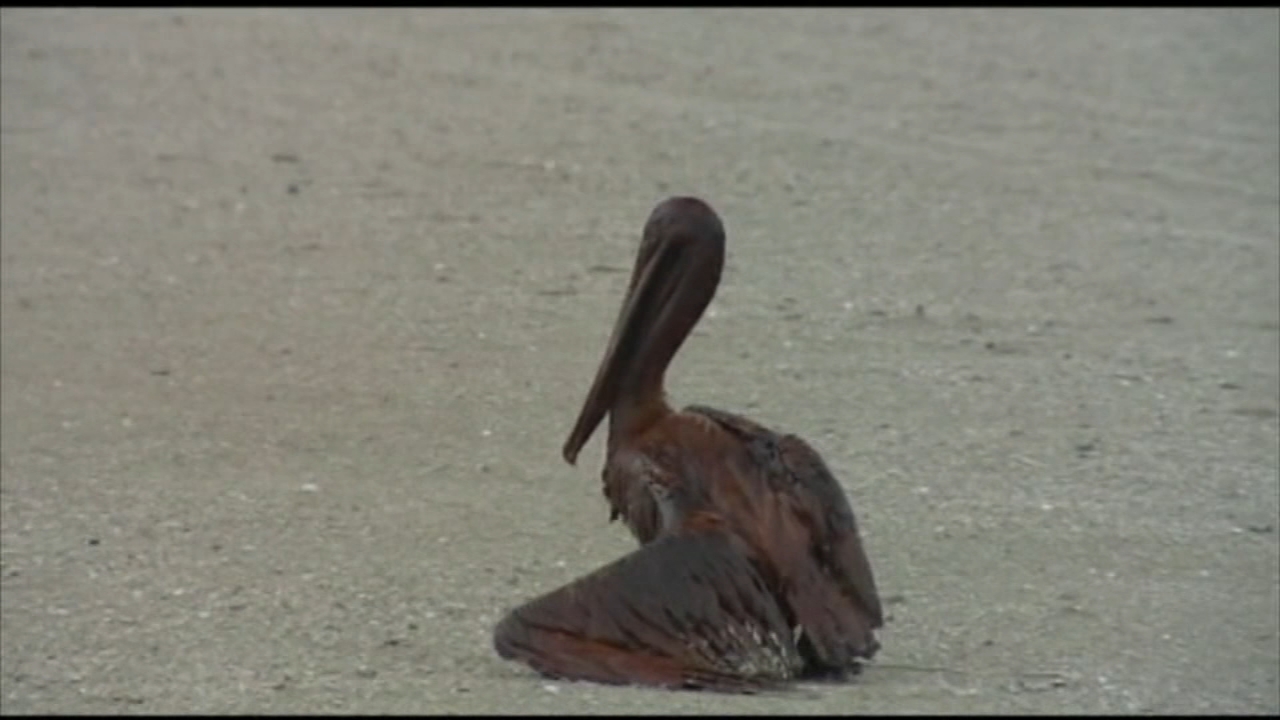