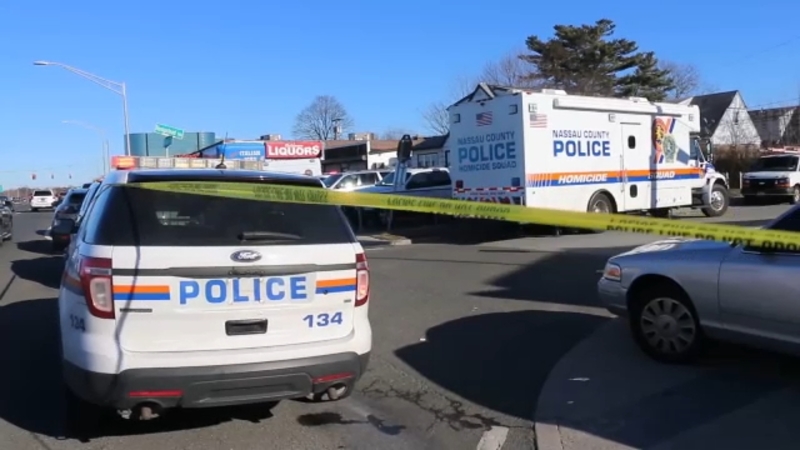 Man arrested in murdering housemate during fight while drinking

UNIONDALE, Long Island (WABC) -- A Long Island man is facing murder charges, accused of fatally stabbing his housemate and dumping his body in front of a neighbor's house.

The suspect, whose real name is not yet known, had nothing to say as officers brought him to police headquarters Tuesday.

Authorities say he went by the name Oscar Rios Perez for at least the last couple of years, and he allegedly stabbed the victim -- 27-year-old Jesus Martinez -- several times at the home they shared on Walton Avenue in Uniondale.

Sweet video captures a baby giggling and dancing after hearing music for the first time, thanks to cochlear implants.

Nassau County police say both men were drinking and got in a fight on January 30, and Perez allegedly bagged the body and dumped it on front of another house.

He was arrested on a bus in Texas as he was trying to leave the country for Mexico, and authorities say that's when his past unraveled.

They say Perez was previously known as Alexis Floures, but after a conviction for violent assaults dating back more than a decade, he was deported. He allegedly re-entered the U.S. in 2019 under his new name, with a new birthday.

"We're still trying to determine whether it's Alexis Floures or Oscar Perez or something else," Nassau police Det. Lt. Stephen Fitzpatrick said. "So we'll work with ICE and our immigration officials and try to determine his real name."