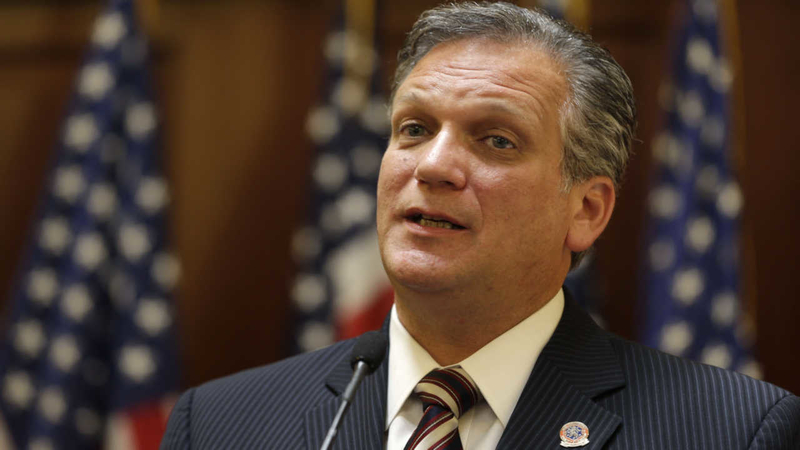 Mangano back in court in corruption case

CENTRAL ISLIP, Long Island (WABC) -- Outgoing Nassau County Executive Ed Mangano was back in federal court Tuesday in the corruption case against him and the former supervisor of the Town of Oyster Bay.

John Venditto was arraigned on 21 more counts, linked to the issuing of public offerings for Oyster Bay over the course of six years.

No new charges have been filed against Mangano or his wife, who is also charged in the case.

Authorities allege that Edward Mangano and Venditto schemed "to solicit bribes and kickbacks" from the businessman.

The charges include bribery, wire fraud, extortion and conspiracy to obstruct justice. If convicted, they could face up to 20 years in prison.